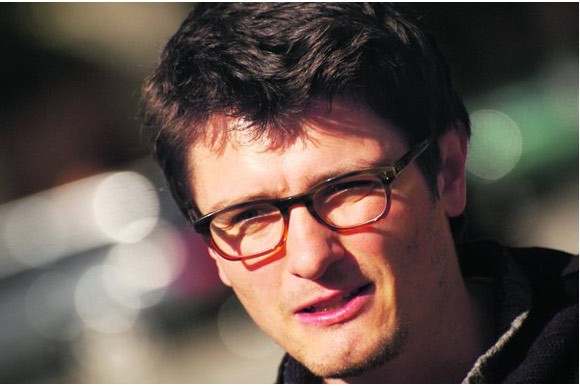 Emerging Producers brings together this year 18 producers, most of them in their 30’s, from Europe for five days of networking and workshops. It is supported by 18 EU MEDIA desks and is a unique initiative.

Jihlava IDFF founder and director Marek Hovorka speaking with FNE, Hovorka said, “The idea of Emerging Producers is to promote doc producers and to emphasize their importance in the realization of the film, and to build their network to each other. Networks between the producers are becoming increasingly important.”

“This is a non-competitive event. It’s an event based on cooperation,” he added. Fostering mutual support in a nurturing environment was noted and welcomed by several of the participants during their first day of meetings.

was considering approaching a Central European coproducer for his documentary on employment policies toward pregnant women.   German producer Sarita Sharma of Kinomaton (www.kinomaton.de) already has several coproductions with CEE filmmakers and producers underway, including projects with Estonian, Polish, and Austrian participation. And Croatian producer Vanja Jambrovic of Restart (www.restart.hr) told FNE that her latest production is a coproduction with Romania and Germany that has been presold to eight territories, including Ireland.

The project was organized and supported by 18 EU MEDIA Desks, Daniela Stanikova of the Czech MEDIA desk told FNE. “It’s unique because it involves 18 MEDIA Desks and a project of a festival, not a MEDIA project. But as it was a project from the Jihlava IDFF, there was a certain guarantee that it would be a good project,” she said.

Hovorka said the Emerging Producers programme would be the last new venture for Jihlava IDFF – at least for the time being. The festival has been on a creative roll of late with 2012 marking the second edition of the Inspiration Forum, targeting directors; the third year of the Festival ID programme, targeting festival programmers; the third year of video installations; and the second edition of the distribution forum (targeting distributors) after a short break.

“We’re looking at what can work for the next ten years,” Hovorka said. “It’s quite unusual that we have the opportunity to rethink and remake the festival system.”