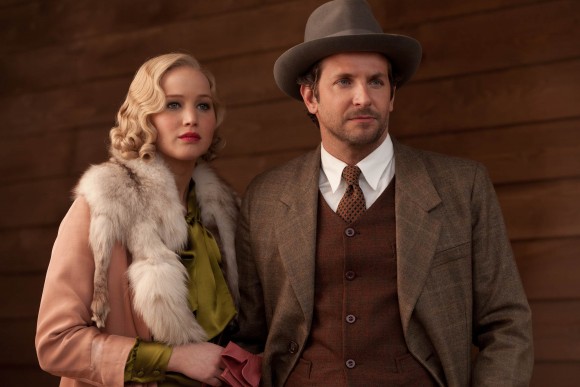 Bradley Cooper and Jennifer Lawrence in "Serena", one of the films shot in the Czech Republic in 2012

PRAGUE: The Czech film industry is celebrating as the long awaited new film law was passed this week by the Czech parliament.

The new film law will restructure how film and film activities are funded in the Czech Republic and is expected to make more money available for the support of the local film industry.

In another positive development the amount available for funding tax incentives in the state budget was also increased from 300m CZK to 500m CZK in 2013.

The new film law provides measures that will allow money to be raised from commercial sources for the support of domestic film production, distribution and other local film activities. Among other measures the new law will make it easier for production companies to access tax incentives funds by making it possible to carry over the incentives from one year to the next which has been a stumbling block in the past.

The parliament overrode a veto of the film law earlier this year by Czech President Vaclav Klaus who has consistently said that he opposes treating the film industry differently than other industries. The Czech parliament overrode the presidential veto to approve the film law on 18 December 2012 and the Czech House of Representatives approved the increase in the annual funding from the state budget for 2013 for film incentives the following day.

The law now is now in the process of notification by the European Commission which can take up to three months. But the Czech film industry was already jubilant about the approval of the long awaited film law which will create a new body, the State Cinematography Fund, which will be responsible for the support of Czech film production, participation in international coproductions, distribution, digitalisation and other film activities.

Sources of funding under the new law will include one percent from the sale of cinema tickets. About half of the funding will come from the local television industry. These include two percent from advertising revenues from commercial TV stations and similar amounts from other TV platforms.

The administration of the tax incentives will also be moved to the new Fund instead of the Ministry of Culture which is expected to make the whole process more efficient and transparent.

The tax incentives were first implemented two years ago and are already credited with being a cause for the return of big budget productions to the Czech Republic.

Among the biggest productions of this year, partly or completely shot in Czech Republic, was Serena with Bradley Cooper and Jennifer Lawrence, a Korea - US coproduction Snowpiercer with Chris Evans and John Hurt, HBO historical series Borgia and the epic The Last Knights with Morgan Freeman a Clive Owen, still shooting.