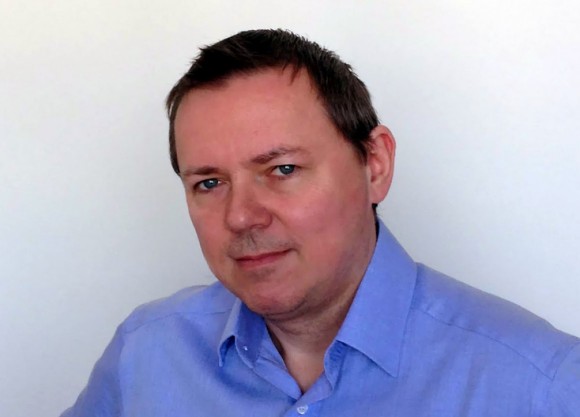 What did you do before taking on the executive director’s position at APA?

I am coming from Prima TV, where I was the director of the regional TV stations network. I've been working in media my entire professional life, which is almost 20 years now. During that time, I had opportunity to learn a lot about radio, television and new media.

What about the executive director position at APA appealed to you?

Working in film industry was always my secret dream. APA connects producers across the audiovisual sector, concentrating its activities not only around feature films, but also documentaries, animation, television and commercials. I believe APA can help producers to use their experience as well as move forward.

What are your goals for APA? Do you plan any changes?

I think APA is already a good functioning organization. One can see it for example in the perfectly functioning Czech Film Center and Czech Film Commission, which APA helped to establish ten years ago and which have so far substituted for state organisations. At the beginning of this year, both became part of The National Film Archive.

The Czech Critics´ Awards, co-created by the Czech Film Chamber, is the result of APA´s initiative, and there are many more such examples of APA´s contribution to the industry. My personal aim, with all humility, is to continue this trend and further develop its potential.

One of the important areas to concentrate on is how cinematography is viewed by the Czech public and political representatives.  My ambition for APA is to serve its purpose well and to gain greater and greater influence on the society.

What are the biggest issues APA now faces?

The most important current issue for APA is the adoption of the new Audiovisual Law, in force since 1 January 2013. There are several necessary administrative steps connected to this, like approval of the Cinematography Fund´s Status by the government, notification of the law by the European Commission, the launch of the new Cinematography Fund and so forth. We are in the middle of a complicated transition period. The process of adopting the changes is gradual, which is demanding for both producers and representatives of the Fund, who are really doing their best to meet our requirements, for which I wish to thank them.

What is your opinion about the current situation of Czech producers? Do they have good conditions for their work?

This is a very complex question and it certainly requires more space. Simply said, making a Czech film is more of a hobby than business. Considering the size of the market in the Czech Republic, the price of cinema tickets and the buying power of the citizens, a filmmaker can´t do without two things: almost obsessive enthusiasm, and state support. Fortunately, quite a large number of politicians are aware of this and the new Cinematography law, which we are really happy with, proves this fact. One of the key things the law deals with is how the State Fund for Cinematography will be financed. Unfortunately, what is missing in the law is a predictable contribution from the state budget, which is absolutely necessary for the development of cinematography.

Another key factor, in addition to financial support, is the interest of the viewers. In my opinion, several negative things from the past started to chase people out of cinemas. One of them was the strong preference of artistic/auteur films by Czech film critics, overshadowing and almost ignoring the mainstream. In my opinion, if they are made professionally, on a good artistic and technical level, the both kinds of films should co-exist and are deserving of the same attention. The next factor is a considerably big number of films released in cinemas, which would perfectly well work on the TV screen, but on the big cinema screen they only cause embarrassment. It seems the new strategy of the Cinematography Fund could help to solve many of these problems.

What I shouldn't omit is the system of the rebate incentives included in the Law, which helps to attract foreign investment to Czech Republic and prevent its outflow to neighboring countries. It´s an important development, which, in addition to the undoubtable benefit for the state budget, contributes to maintaining the world class quality of the Czech film industry –– unlike for example the Czech glass industry.

As far as TV production is concerned, we are trying to find a mutually beneficial concept for television and independent producers. Currently we have a very promising development in the cooperation with public broadcaster Czech TV.

How do you see the future of Czech cinematography abroad and at home?

Very positively. The hunger for content will grow, together with the number of distribution channels and new media. There is no shortage of tradition, potential, enthusiasm, talent and professional filmmakers in this country, so all we need is to create and maintain good conditions for the functioning of this industry branch, to keep being demanding of ourselves and to not forget about the viewer.