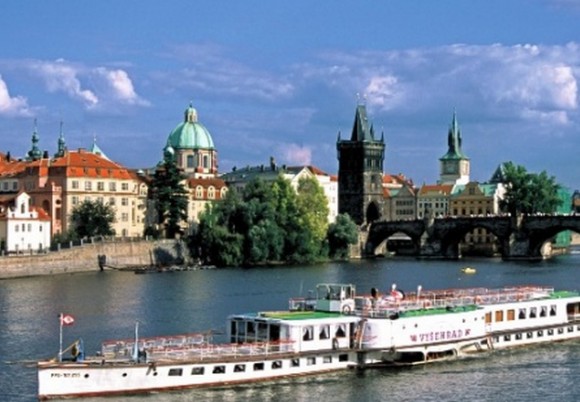 PLZEN: Regional filmmaking in the Czech Republic is bursting with new-found interest from local city and district offices gearing up to establish local film commissions and even provide funding grants.

Regional producers and representatives from a dozen regions and organization around the Czech Republic met during the Finale Plzen on 24 April 2013 in an effort to increase film production outside Prague.

The meeting was organized by the Czech Film Commission located in Prague, which just ten years ago was struggling with the problem of how to provide a central source of information for film producers flocking to the country’s capital. While its northern neighbor Poland has made impressive strides recently in establishing local film commission and regional funding for its healthy national film industry, the Czech Republic, with a strong national and international film industry centered in Prague, has been seen slower growth in a regional film production. The first regional film commissions began opening in 2012, in regions such as Ostrava and Jeseniky in Northern Moravia, which began working with the European Film Award winner Alois Nebel and has two new films heading into production there.

Film Ostrava is the most active regional initiative, under the management of Hana Vitkova who represented the bureau at the European Film Market in Berlin for the first time in 2013. Its 2013 schedule includes Czech director Petr Vaclav’s return film after a decade spent abroad, The Way Out which will spend approximately half of its 18 m CZK budget in the Ostrava region. While Film Ostrava doesn’t offer financial incentives itself, the local department of culture can be a source for funding, Vitkova told FNE.

“We want to start to cooperate with the Czech Film Commission more because we have had no plan for attracting films,” Marek Loskot, an independent consultant working for the Central Tourist Authority, covering the Brno region, told FNE. “Brno is strong in actors … and could be attractive for locations,” he said, but “the agencies don’t know anything about the needs of filmmakers and how to write agreements.” The Brno office is planning to hire an employee to handle film needs and set up a website covering film possibilities in the region.

Robert Prucha, representing the Tourist Information Center of Hradec Kralove told FNE, “We want to begin cooperating with the Czech Film Commission. We have a lot of things to offer, castles and nature and folk architecture.” He added, “This is the beginning for us. We have to know what it’s all about, then we will discuss it.”  The office expects to start as early as this year by offering funding for filmmakers (through the EU partnership) and establishing an office to aid filmmakers.

Karlovy Vary has already given out its first grant. The region’s new film office, established at the end of 2012, is working with its first feature film, Julius Schmitke by Tomas Vach. Petr Zidlicky from the Karlovy Vary department of tourism that the film office offered its first grant of 2,500 EUR to the Czech/German coproduction and is now considering establishing a film fund.