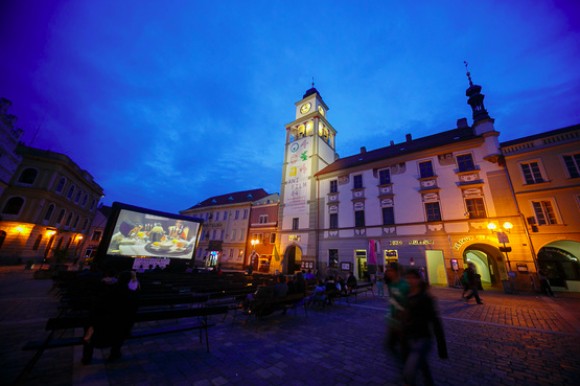 TREBON: Czech TV has signed a cooperation memorandum with Radio and Television Slovakia on television coproductions.

On 2 May 2013, CTV and RTVS signed the agreement to share resources, work on joint projects, and give the partner station the first offer on cooperative projects. Czech TV director Petr Dvorak, attending the Visegrad Animation Forum at the Czech animation festival Anifilm, told FNE, “We will go into production on a concrete project by the end of the year.” The stations are already jointly producing a documentary series set on their mutual border, with two perspectives on the same story: one Czech and one Slovak. Next up is likely to be a variety entertainment show featuring stars from both countries.

The signing of the agreement came one day after a day-long meeting initiated by Czech TV between neighboring public TV stations on 1 May, the 60th anniversary of the founding of Czech TV. Attending the meeting were the heads of stations in Poland, Slovakia, Hungary, and Austria, with Hungary and Slovenia unable to attend.

Dvorak said he invited the participants based on their mutual proximity. The television chiefs concluded that the best approach is to move forward with concrete proposals. “We will provide all the stations with some suggestions, and we will include animation in there as well,” Dvorak said. The proposals will go out by the end of May.