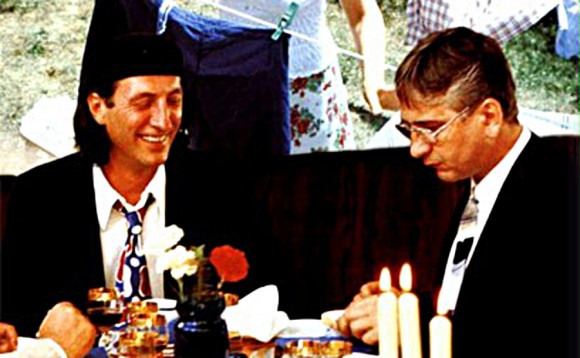 PRAGUE: The two-month shoot in Prague and Brno of comedy Dedictví or Kurvaseneříka (The Heritage 2) has wrapped, following up on the film's first part

Directed by Pavel Sedlacek, originally a documentary filmmaker, the project has been a major domestic hit, inspired by the revered Vera Chytilova´s Dedictvi or Kurvahošigutntág from 1992, seen by 810,000 viewers.

The story grows out of part one, in which a simple village man, Bohous, unexpectedly inherits riches and tries to enjoy the high life. Heritage 2 sees him losing his beloved Vlasta, prompting him to end seven years of sobriety. Love for an actress and a quest to become a producer follow, along with efforts to dry out once again.

Heritage is produced by Space Films, with a budget of approx. 28 m CZK (1 m EUR). Release is planned for February.