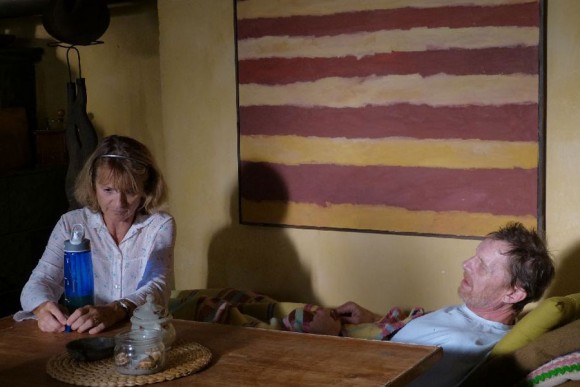 PLZEN: Like Never Before by Zdeněk Tyc returns to Finale Plzen in the main competition, after having been given a pre-premiere screening there one year ago.

Despite a big build-up before its release and warm reviews by critics, the intimate film failed to attract cinema audiences. It was released by Falcon on 19 September 2013, taking in a mere 3,147 admissions. The film was nominated for Czech Lion awards in 12 categories, winning a Best Actor award for Jiří Schmitzer.

The end of summer in Like Never Before also means the end of a life. Painter Vladimír Holas is dying. There are two women with him: the younger Karla, his current lover and a painter like Vladimír, and the older Jaruna, a nurse who was the painter's former lover, and very different from both Vladimír and Karla. The three fight useless battles against death, against themselves, and among themselves.

The script was co-written by Tyc and theatre playwright Markéta Bidlasová. The film was produced by Total Helpart T.H.A. in co-production with Czech Television and PubRes and supported by The Czech State Fund for the Support and Development of Czech Cinematography, Film Industry Support Programme. The budget of the film was 20 m CZK (770,000 EUR).