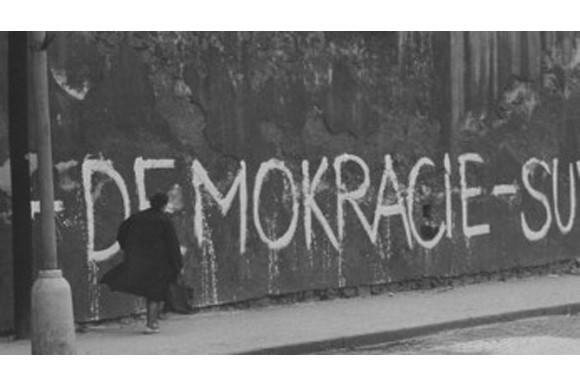 PRAGUE: The Czech/Polish/Slovak genre-bending documentary Gottland based on the best-selling Polish book will launch a limited events-themed release in August 2014.

The film, an omnibus directed by five FAMU film school students, is a cross-genre documentary that includes animation and fiction segments. The film and book take their title from the Central European celebrity singer Karel Gott who achieved international success while remaining non-controversial and politically neutral throughout a career that has spanned half a century, although the film is not themed around his career.

“All the directors studied documentary filmmaking at FAMU,” producer Tomas Hruby of nutprodukce told FNE. “The basic form is documentary, but they’re using different structures. One is an animated doc, one was shot as a fiction film. We started with seven directors, but only six short films got shot and only five got into the final edit. They’re mostly documentaries, but not exactly. They’re crossing the boundaries between documentary, animation and fiction. It’s complicated to describe. The film has very little to do with the singer. It’s based on a museum of the singer, but everything revolves around moments in Czechoslovak history.”

The film was coproduced by Poland’s Centrala Film, accounting for 20 percent of the 11 m CZK budget, and Bfilm with Slovakia bringing in some 12 percent of the budget. The film received a grant of 3.3 m CZK from the Czech Film Fund, 170,000 PLN in 2012 from the Polish Film Institute and 30,000 EUR from the Slovak Audiovisual Fund. The film also received support from the Lower Silesia Film Competition (13,000 EUR, see results of the Competition here), FAMU and Czech TV.

“The key (to bringing on Poland) is the book was written by a Polish author … and it was a best seller also in Poland,” Hruby said.

Production on the 100 minute film took three years. Hruby said the film will have an “alternative” limited release with events screenings in locales connected to the film.

Nutprodukce
Umělecká 7
170 00 Prague 7, Czech Republic
Phone:+420 731 163 041
www.nutprodukce.cz
Email: This email address is being protected from spambots. You need JavaScript enabled to view it.