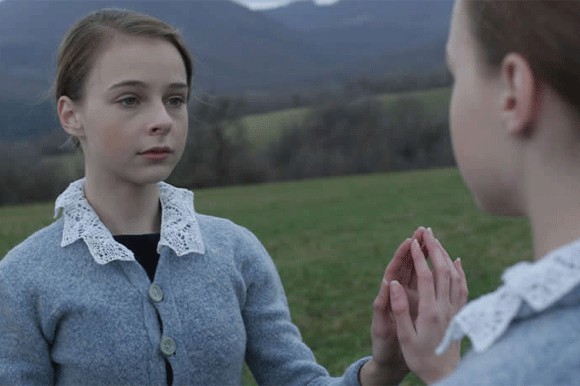 In Silence by Zdeněk Jiráský

PLZEN: In Silence/ V tichu by writer/director Zdeněk Jiráský is a stylized docu-drama portraying the lives of five Jewish artists from Czechoslovakia and Germany who were persecuted during the Holocaust. The film will be screened within the 28th edition of Finale Plzen running from 26 April to 2 May 2015.

The plot with no dialogues is narrated by the main characters in the form of an introspection. The theme of Holocaust is shown through an unconventional cinematic expression, with an emphasis on artistic style, the musical component and sound effects.

The film is a Slovak/Czech coproduction. It was produced by Lívia Filusová through Furia Film in cooperation with i/o post, Czech Television, Rozhlas a televízia Slovenska, Filmpark Production and Slovak Film Institute. Slovak Audiovizual Fund and the State Cinematography Fund, Czech Republic were supporting.

In Silence premiered at the 2014 Karlovy Vary Film Festival and it was selected for the Flash Forward competition in Pusan where Jiráský´s film Flowerbuds / Poupata (Cineart, i/o post, Czech Television) won the main prize in 2012.

The film was released by Film Europe in Slovakia in September 2014 and by Artcam in the Czech Republic.

i/o post
Dienzenhoferovy sady 1,
150 00 Praha 5
Czech Republic
This email address is being protected from spambots. You need JavaScript enabled to view it.
www.iopost.cz

Filmpark Production
Ružová dolina 19
821 08 Bratislava, Slovakia
Phone: +421 918 765 108
This email address is being protected from spambots. You need JavaScript enabled to view it.

Slovenský Filmový Ustav
Grösslingová 32
811 09 Bratislava 1
Phone: + 421 2 5710 1501
This email address is being protected from spambots. You need JavaScript enabled to view it.
www.sfu.sk