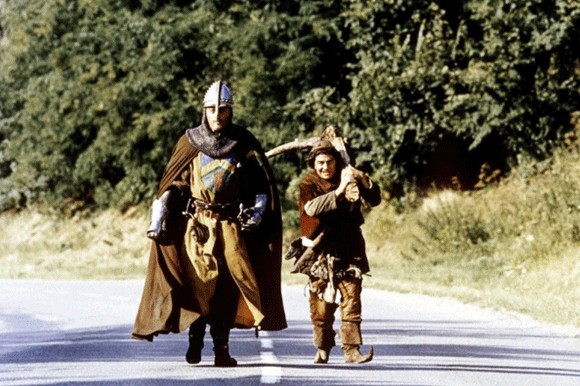 Jean Reno and Christian Clavier in Visitors from 1993

PRAGUE: The third sequel of the extremely popular French film Les Visiteurs produced by Gaumont is shooting in Prague through 1 June 2015.

The film is co-produced by Ouille Productions (France), Nexus Factory (Belgium) and Prague based Okko Production.

The shooting in the Czech Republic started 16 April at castles of Pernštejn, Kutná Hora, Kačina, Kokořín and will continue at Barrandov Studios till 1 June. Estimated Czech spent is 130m CZK (4.7m EUR), and the film is supported by the Cinematography Fund, Czech Republic.

The release of Visitors 3 is expected in April 2016. The first, original film from 1993 topped the French box office with 20 million spectators and was distributed in more than 20 territories, including the USA.