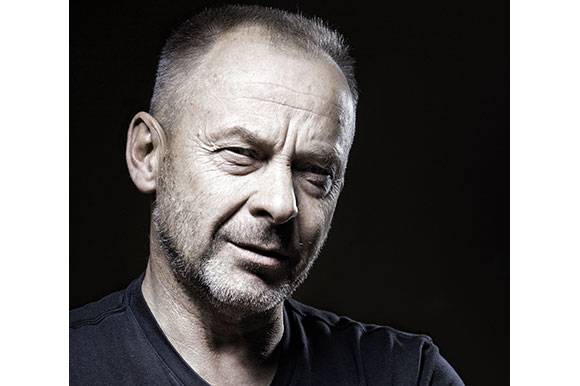 PRAGUE: Director/scriptwriter/producer Václav Marhoul starts shooting The Painted Bird in Volyn, Ukraine on 23 March 2017. The film is adapting Jerzy Kosiński’s bestseller and is a coproduction between the Czech Republic, the Ukraine, Slovakia and Poland. The film stars Czech 9-year-old Petr Kotlár alongside Stellan Skarsgård, Udo Kier and Harvey Keitel.

“Just like millions of readers worldwide, I was captivated by the novel and when I finished my feature film Tobruk in 2008, I decided to invest all my effort in acquiring the rights. I succeeded eventually,” said Václav Marhoul, for whom the Special Mention from 2013 ScripTeast confirmed the quality of the script.

Trying to protect their child during WWII, a Jewish couple sends their son to a relative in the countryside somewhere in Eastern Europe. But the boy’s aunt dies unexpectedly and he is forced to set out on a lone journey through the hostile world governed by local rules, prejudices and superstitions. When the war ends, his fight for physical survival is replaced by a different kind of a fight.

“In accordance with the author's non-specific localisation of the story described as 'somewhere in Eastern Europe', we decided not to use any of the existing languages for the film's dialogue. That's why an artificial language was created – the so called Neo-slavonian – and the dialogues, which altogether represent only some 10 minutes of the whole film, will be synchronised afterwards,” Marhoul told FNE.

He is producing through Silver Screen in coproduction with the Czech Television, Ukraine’s Directory Films, Slovakia’s PubRes and RTVS, and Poland’s Film Produkcja.

The Czech State Cinematography Fund, Creative Europe – MEDIA, the Ministry of Culture of the Czech Republic, the Slovak Audiovisual Fund and the Ukrainian State Film Agency are supporting. The budget is 5.9 m EUR / 160 m CZK.

The 105 shooting days will take place in the Ukraine, Slovakia, the Czech Republic and Poland. Shooting will wrap in June 2018. The world premiere is planned for May 2019.

Silver Screen
www.silverscreen.cz
This email address is being protected from spambots. You need JavaScript enabled to view it.

PubRes (Slovakia)
www.pubres.sk
This email address is being protected from spambots. You need JavaScript enabled to view it.

Film Produkcja (Poland)
www.filmprodukcja.com
This email address is being protected from spambots. You need JavaScript enabled to view it.