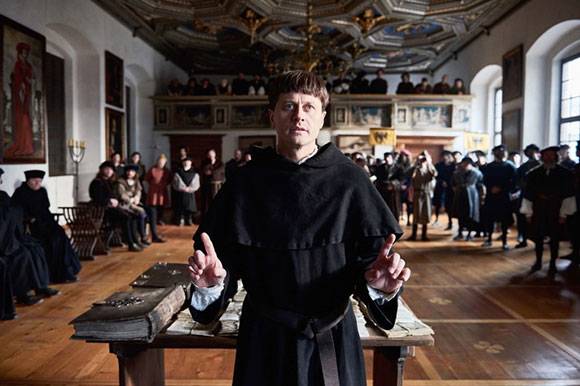 PRAGUE: Docudrama 10 Days in April / Luther in Worms /10 Tage im April – Luther in Worms is currently shooting on Czech locations, mainly in the historic city of Telč, that stands in for the German town of Worms. The projects is a German/Czech coproduction.

Written by Friedrich Klütsch and directed by Christian Twente, the film takes us back to the first half of the 16th century, when Luther has to defend his revolutionary thoughts in front of the Imperial Diet.

Germany’s NFP is producing for ZDF in coproduction with Czech company Mia Film. Shooting started on 7 March and will continue on locations in Prague until the end of March 2017. The premiere is set for autumn 2017.

On the occasion of the 500th anniversary of the Reformation in Germany, more projects of ZDF have been dedicated to Martin Luther, such as the TV filmHeaven and Hell / Himmel und Hölle, shot entirely in the Czech Republic in 2016.

MIA Film
www.miafilm.cz
This email address is being protected from spambots. You need JavaScript enabled to view it.