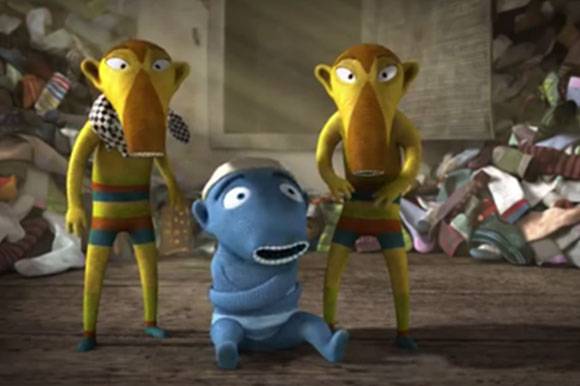 PLZEN: The Oddsockeaters / Lichožrouti by Galina Miklínová, a coproduction between the Czech Republic, Slovakia and Croatia, will screen at the 30th Finale Plzen, 20 – 26 April 2017.

This family film produced by Total HelpArt - T.H.A. is based on a story by Pavel Šrut, portraying the oddsockeaters, creatures that take our socks and are responsible for humanity having only odd socks, where once there were pairs. A world very similar to our own human world is painted in a gangster tale of two enemy oddsockeater gangs, the conflict of generations, of moralities, though in a gentle and humorous style.

The Oddsockeaters is the best attended Czech animated film, with 302,000 admissions. It was nominated by Czech Critics for best film and best audiovisual production of 2016 and had also two nominations for Czech Lions.

The film was supported by the State Cinematography Fund, Czech Republic, the Slovak Audiovisual Fund and the Croatian Audiovisual Centre.