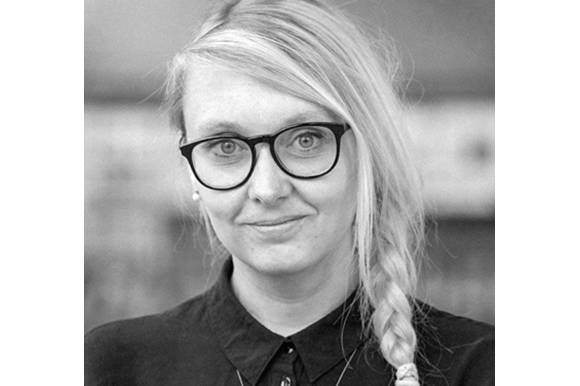 PRAGUE: Pavla Janoušková Kubečková (born 1985), who represents the Czech Republic at European Film Promotions’s Producers on the Move, studied Journalism and Media Studies at the Charles University and Film Production at FAMU. In 2009 she co-founded the nutprodukce production company and became an independent producer.

Her first film Graffitiger was nominated for the Student Oscar. She was one of the producers of the highly successful HBO miniseries Burning Bush directed by Agnieszka Holland. In 2013 she produced two feature documentaries: Show!, which won the Czech Critics' Award for Best Czech Documentary and the Audience Award at Jihlava IDFF, and The Great Night, which was awarded the Best Czech Documentary at Jihlava IDFF and premiered in the main competition at CPH:DOX. She was one of the producers of the critically acclaimed HBO Europe TV series – Wasteland and a co-producer of the recent Agnieszka Holland's film Spoor, Silver Bear winner at Berlinale 2017. She is currently producing the first Czech internet animation series. Pavla has attended many European film workshops, including EAVE, DOK.Incubator, Midpoint, Ex Oriente or Eurodoc.

FNE spoke with her and asked her what she can provide as a coproduction partner. “Financing is definitely the most important thing. Czech Republic is now a stable coproduction country. The State Cinematography Fund has two calls per year open for minority coproductions and you can usually get up to 200,000 EUR. The grant does not have to be necessarily spent 100% in the territory, the conditions are quite flexible. On top of that we also have a tax incentives programme. We are happy to provide creative support to our partners and connect them to top Czech filmmakers, but usually coproducers are more interested in services. Czech Republic is well-known for very good postproduction studios (both visual and sound) and music recording studios. We have great and varied locations and experienced and professional crews,” she said.

Other TV funding is also an option. She told FNE, “We usually try to work with the Czech Television as a coproduction partner. They don't support many minority coproductions but based on our recent experience, they are starting to be more open. It is also possible to work with HBO Europe. They don't coproduce but you can get a pre-sale.”

Securing successful distribution is a less certain situation. “It always depends on the actual film. But these days we released Agnieszka Holland's new film Spoor and even though she is a star in the Czech Republic, the film got a major distributor and won a prize in Berlin, the box office is very poor. But we are definitely able to get the films in the cinemas,” she added.

nutprodukce
Bubenská 1, 170 00 Prague, Czech Republic
E-mail: This email address is being protected from spambots. You need JavaScript enabled to view it.
Tel. +420 605 256 190
www.nutprodukce.cz