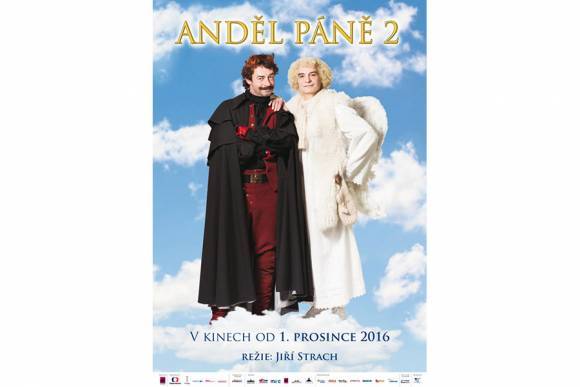 PRAGUE: Czech cinemas are experiencing their best results since 1993, with growth in attendance continuing in the first half of 2017. Attendance during the first six months of 2017 reached 7.5 million, which represents a seven percent increase compared to the same period last year.

The most successful films of the first half of 2017 were Pirates of the Caribbean: Dead Men Tell No Tales, directed by Joachim Rønning and Espen Sandberg, with 463,322 admissions and 2.6 m EUR / 67. 8 m CZK gross, followed by Fifty Shades Darker, directed by James Foley, and The Beauty and the Beast, directed by Bill Condon.

Christmas comedy God´s Angel 2 / Anděl Páně 2, directed by Jiří Strach and produced by Marlene Film Production, remains the most attended Czech film in 2017, with 325,132 admissions and over 1.3 m EUR / 35 m CZK gross. A similar success is expected from the new film by Jan Svěrák, Barefood in Stubble / Po strništi bos, produced by Biograf Jan Svěrák Pictures, which will be released at the beginning of August 2017.