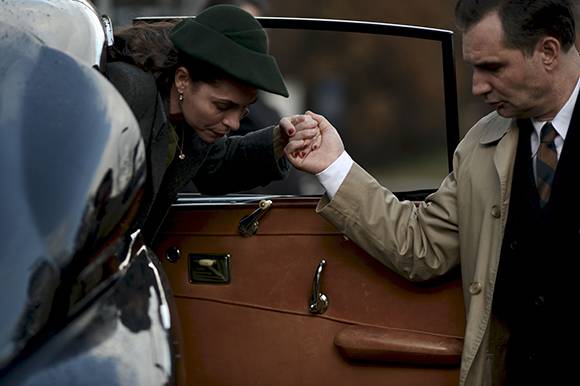 PRAGUE: Oscar nominated director and producer Ondřej Trojan wrapped filming for his historical thriller Toman, which had 38 days of shooting spread across a year.

Toman is the fourth feature film of Ondřej Trojan, whose Želary (Total HelpArt, T.H.A.) was nominated in 2004 for the Academy Award as Best Foreign Language Film.

Toman is based on the controversial personality of Zdeněk Toman, the head of intelligence service, who had a big influence on the political development of Czechoslovakia in the period 1945 to 1948 and who significantly contributed to the Communist party take-over of power in the country during that time.

“It is remarkable and sad how historical parallels keep repeating themselves. But even more dreadful is the fact we are not able to learn any lessons from them,” Trojan said explaining why he again chose a topic from our recent history.

The Czech/Slovak coproduction with the budget of approximately 1, 52m EUR is produced by Total HelpArt, T.H.A. and Slovakia´s Pub-res, co-produced by the Czech Television and RTVS and supported by the Czech State Cinematography Fund and the Slovak Audiovisual Fund.

Jiří Macháček plays Toman and many other popular Czech and Slovak actors are in the cast, including Kateřina Winterová, Tatiana Pauhofová and Roman Luknár.

In November the film moves to post-production. Two versions will be made: one for cinema distribution in a standard length and a two-part version for the Czech Television.

The film will be released in Czech cinemas in late summer of 2018 by Falcon.

Total HelpArt T.H.A.
www.tha.cz
E-mail: This email address is being protected from spambots. You need JavaScript enabled to view it.