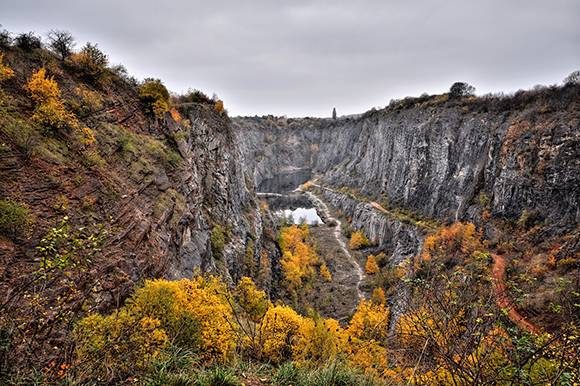 PRAGUE: The new historical drama Britannia, currently available on Sky Atlantic and Amazon, was largely filmed in and around Prague, using the Czech Republic as a stand-in for Britain of the 1st Century A.D. The series received one the highest film incentives in the Czech Republic, 6.2 m EUR / 167.3 m CZK.

The plot of the 10-episode series directed by Kari Skogland is set in 43 AD, when Romans invaded the territory of today’s Great Britain in order to finally crush the centre of the Celtic empire.

The series is produced by Amazon Studios, Sky, Neal Street Productions, Vertigo Films and All3Media in coproduction with the Prague-based company Film United, which played a key role in bringing Britannia to the Czech Republic.

The Czech Republic is ideal for historical projects, mainly thanks to its locations, renowned set construction and top professionals such as weapon manufacturers, historical costumes, period props, etc.

Filmmakers spent 145 filming days, from July to December 2016, on Czech locations and on the sets built at Prague Film Studios and the nearby Barrandov Studio. Producers had even a copy of Stonehenge built near the Mořinka village. Around 6,500 extras were used, while the crew counted around 1,000 members, many of them local. Czech companies UPP and Soundsquare worked also on sound and image postproduction.