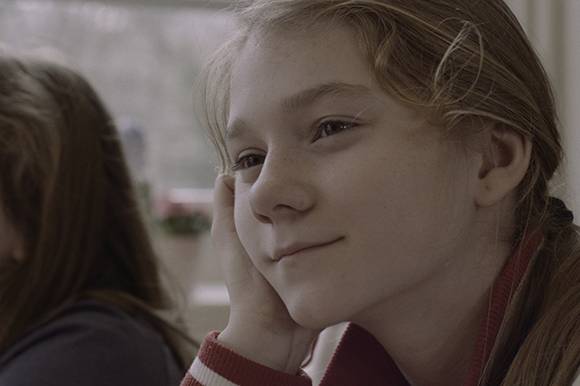 The story written by Marek Leščák and Juraj Lehotský focuses on an 11-year old girl going through the divorce of her parents. The only certainty in her life are her childish dreams and swimming.

The main characters are played by Bibiana Nováková, Petra Fornayová and Robert Roth.

The film was produced by Slovakia‘s Punkchart Films in coproduction with Lehotsky Film, sentimentalfilm, endorfilm from the Czech Republic and public broadcasters RTVS and the Czech Television. The film was supported by the Slovak Audiovisual Fund, the MEDIA Programme, the Ministry of Culture of the Slovak Republic and Bratislava Self-Governing Region.

The film had its world premiere at the 52nd Karlovy Vary IFF and won the Bronze Pyramid at the Cairo IFF and also the FIPRESCI Award at the 32nd Warsaw FF in 2017. Recently, the film was awarded for best supporting actor (Robert Roth) at the Sun in a Net Awards.

Punkchart Films
This email address is being protected from spambots. You need JavaScript enabled to view it.
www.punkchart.sk

Lehotsky Film
www.jurajlehotsky.sk
This email address is being protected from spambots. You need JavaScript enabled to view it.

endorfilm
This email address is being protected from spambots. You need JavaScript enabled to view it.
http://www.endorfilm.cz/