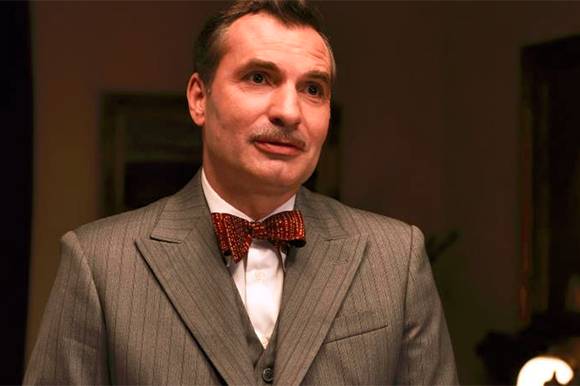 PLZEN: The second part of Jan Hřebejk´s trilogy Garden Store / Zahradnictví: Deserter / Dezertér will screen at the 31st edition of Finále Plzeň Film Festival. The most important Czech national film festival, presenting contemporary Czech and Slovak audiovisual production, will be held from 19 to 24 April 2018. The film is a Czech/Slovak/Polish coproduction.

This tragicomic drama of harshly tested love between husbands and wives, brothers and sisters, parents and children focuses on a Nazi prisoner Otto, owner of the exclusive Valentino hair salon in the center of Prague. The salon, where he used to employ most of his family, was Otto’s dearest fulfillment in life, but the war changed everything and everyone. Otto’s fight for freedom and his subsequent imprisonment left deep marks on his character.

The film was produced by Fog'n'Desire Films in coproduction with the Czech Television, Barrandov Studio, Slovakia’s Sokol Kollar, KFS Production and RTVS and Poland’s MD4 and Chimney.

Fog’n’Desire Films
http://www.fogndesirefilms.com/
This email address is being protected from spambots. You need JavaScript enabled to view it.

MD4
http://md4.eu
This email address is being protected from spambots. You need JavaScript enabled to view it.