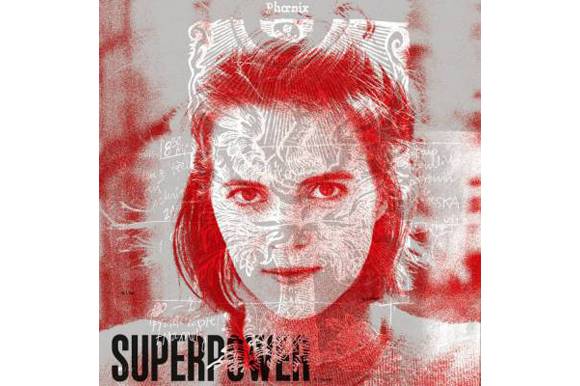 FNE: What are some of the main topics of interest for documentary filmmakers in the Czech Republic at this time?

Anna Herza Tydlitátová: I am glad documentary filmmaking in the Czech Republic is in a good shape. Many talented filmmakers focus on social issues in our region - and we really do have a bunch that need to be discussed more in public. Three of these films came to my mind immediately. Although from the formal point of view they are very different, all carry a strong message.

Apolena Rychlíkova´s Limits of Work / Hranice práce, about the worst paid jobs in our country (partially shot with candid camera), won several awards last year, at Jihlava among others. Lukáš Kokeš and Klára Tasovská deal with the social situation of teenagers in an excluded community in Nothing Like Before / Nic jako dřív, which premiered at last year´s IDFA. And just last week the HBO documentary by Jan Gebert When the War Comes / Až přijde válka, about Slovak home defense, was released to the cinemas.

I think documentary film provides a great opportunity to open many important topics, in particular if it also manages to find its targeted audience - for example by an alternative distribution scheme, supported by Kinedok in the Czech Republic.

Anna Herza Tydlitátová: What I like about documentary filmmaking is the adventure of searching and the way a story grows under your hands – or better in front of the camera. I am experiencing this strongly with our current production, Satanic Girls. For the public, it is so far an unknown, thus a bit mythical story about the first female band in Czechoslovakia – I tend to think of them as something like “Wonder Women” of the Eastern Block. We have been working on it with director Bohdan Bláhovec and our Swedish coproducers for several years now. We have just come back from the shooting in Stockholm and I plan to show the new material in Jihlava.

FNE: How strongly is documentary filmmaking supported in the Czech Republic?

Anna Herza Tydlitátová: The Czech Film Fund supports all phases of work on a film and the Czech TV and HBO are regular coproducers of Czech documentaries. But funding an ambitious project, requiring for example shooting abroad, or more than a year-long preparation, can be a real quest. The most demanding phase is the development – not many filmmakers can fully delve in the preparation phase, do proper research and test various approaches  - which reflects strongly in the film itself. With a feature film this is a natural process happening in the scenario phase. However, we have several, originally Czech, initiatives which are very helpful in various phases of documentary filmmaking all over Europe: Ex Oriente workshop for films in development, Dok.Incubator during editing and also the aforementioned Kinedok distribution network. The Czech Film Fund has recently also launched a Script editors incubator, which should provide support to films (mainly features) during the whole process and also raise a new generation of script editors.

FNE: In general, is it easier to make a domestic documentary or an internationally coproduced documentary in the Czech Republic?

Anna Herza Tydlitátová: To fund and make a "creative documentary", I think international overlap is necessary. It is exceptional to be able to fund an entire film of this type in the Czech Republic. And I am thrilled to confirm that Czech documentarists are more and more ambitious. Great examples of multinational coproduction are Anna Kryvenko´s My Unknown Soldier produced by Analog Vision, or the Czech/French documentary The Sound is Innocent by Johana Švarcová (Cinémotif Films), which I personally look forward to very much.

Contact information:
Name of Production Company: Telekinetic
Website: http://www.telekinetic.cz/
Email: This email address is being protected from spambots. You need JavaScript enabled to view it.
Phone: +420 734 386 367