FNE at Finále Plzeň 2019: I Do Not Care If We Go Down in History as Barbarians Featured 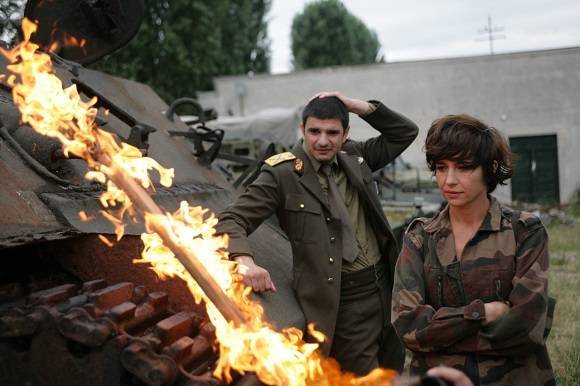 I Do Not Care If We Go Down in History as Barbarians by Radu Jude photo: Silviu Ghetie

PLZEN: I Do Not Care If We Go Down in History as Barbarians by Radu Jude will screen in the 32nd edition of the Finále Plzeň Film Festival. The most important Czech national film festival, presenting contemporary domestic audiovisual production, will run from 11 to 16 April 2019. This Czech minority coproduction won the Crystal Globe for best film at the 53rd Karlovy Vary IFF and was Romania’s bid for the Oscars.

In this black comedy Radu Jude once again returns to the past events in Romanian history that are still plaguing the society. The film tackles a delicate historical subject, the massacre of approximately 20,000 Jewish people by the Romanian army in Odessa in 1941. The script penned by Jude follows a young theatre director, who plans to do a reenactment of the Odessa massacre during a cultural event in contemporary Bucharest.

In Romania, the film was released by Micro Film on 28 September 2018, while the Czech cinema distributor Pilot Film released the film on 28 February 2019.

The film was awarded for best script and best supporting actor (Alexandru Dabija) at the Romanian Gopo Awards on 19 March 2019.

Producer:
Hi Film Productions (Romania)
This email address is being protected from spambots. You need JavaScript enabled to view it.