FNE at Finále Plzeň 2019: Bear with Us Featured 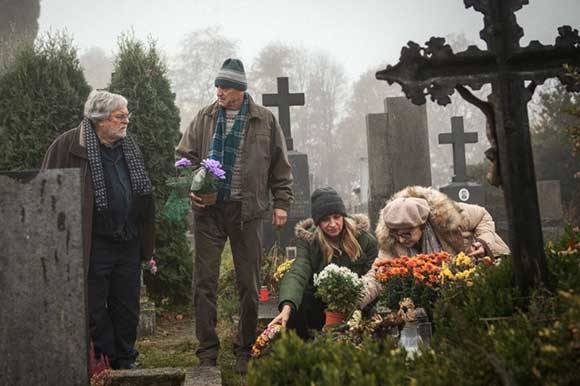 Bear with Us by Tomáš Pavlíček

PLZEN: The comedy Bear with Us / Chata na prodej directed by Tomáš Pavlíček will screen in the 32nd edition of the Finále Plzeň Film Festival. The most important Czech national film festival, presenting contemporary domestic audiovisual production, will run from 11 to 16 April 2019.

A family decides to sell their cottage, as none of them has visited it for a long time. Yet the cottage holds so many nostalgic memories that the mother insists they spend one last night in the house together. In the morning of the All Saints´ Day, the whole family departs for the cottage and the tensions starts to grow.

The film was produced by MasterFilm in coproduction with the Czech Television. It was supported by the Czech Film Fund and Creative Europe - MEDIA.

CinemArt released the film theatrically on 26 July 2018. The admissions have reached almost 100,000 to date.

Producer:
MasterFilm (Czech Republic)
This email address is being protected from spambots. You need JavaScript enabled to view it.