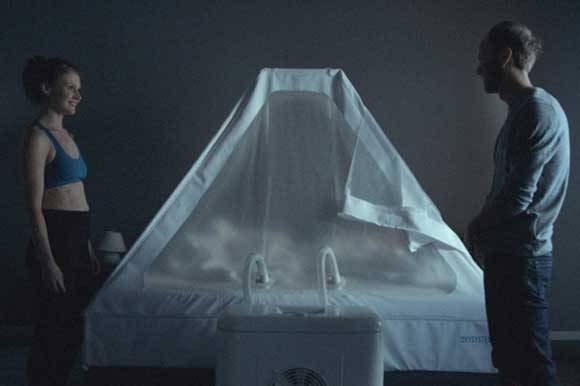 PLZEN: Domestique / Domestik by Adam Sedlák will screen in the 32nd edition of the Finále Plzeň Film Festival, the most important Czech national film festival presenting contemporary domestic audiovisual production and running from 11 to 16 April 2019.

Roman is a top level cyclist recovering from an injury through hard work and a strict regime. To improve his performance, he even sleeps in an oxygen tent installed in his bedroom. That is a bitter pill to swallow for his wife, Šarlota, whose long-time wish is to conceive a child.

The debut feature by Adam Sedlák is a Czech/Slovak coproduction produced by Shore Points in coproduction with the Czech Television, Elekta Film, Soundsquare, UPP and sentimentalfilm. It was supported by the Czech Film Fund, the Film Foundation and the Slovak Audiovisual Fund.

Domestique was released in the Czech Republic by CinemArt on 27 September 2018.

Producer:
Shore Points (Czech Republic)
This email address is being protected from spambots. You need JavaScript enabled to view it.