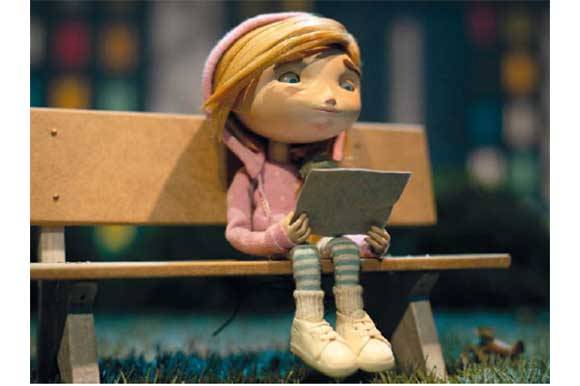 Babu in the Night City by Petr Vodicka

TREBON: Producer Radim Prochazka of Produkce Radim Prochazka and writer/director Petr Vodicka introduced their stop animation children’s film Babu in the Night City at the CEE Animation Forum, taking place in the Czech Republic on 8 May during the Anifilm Festival, running through 12 May 2019.

The noir detective story (with sci-fi elements) is the director’s debut film and is based on his radio and theatre plays. An eight-year-old girl, whose father disappeared a year ago, is chasing the kidnappers of her pet parrot. She partners up with three people she meets on her quest. Babu discovers that her father had invented a machine that turns people into animals and animals into people, which was stolen by an evil villain. Babu’s pet parrot turns out to be her father, who has been transformed by his own machine. The film’s dark atmosphere and rap music soundtrack is balanced by a fairytale touch.

The producers are seeking creative input, particularly for music composition and sound.

The film has a budget of 1.6 m EUR and is a Czech/Slovak coproduction with Studio Anima from the Czech Republic and BFILM from Slovakia. The film’s producers are looking for a third minority partner country. The project received 37,000 for development from the Czech Film Fund.

Shooting will begin in September 2020 and release is planned for early 2023.

Supported by the Czech Film Fund