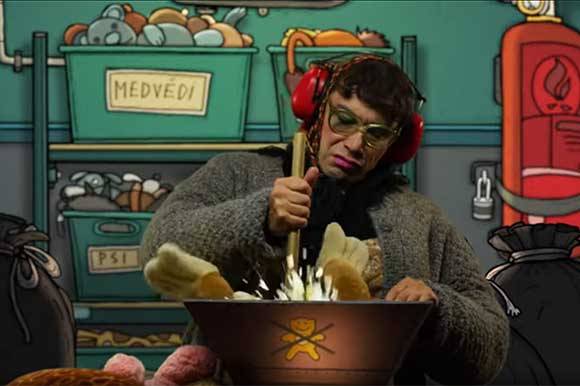 The Question Thief by Jan Jirka

ZLIN: Characters from the Czech TV:D programme TVMiniUni appear alongside the Czech film star Pavel Liska in The Question Thief, screening in the main competition of films for children at the Zlin IFF for Children and Youth, which opens today and runs through 1 June 2019.

Liska appears to be having a blast playing a cranky older lady alongside Miroslav Krobot and opposite a cast of sock puppets in this comedy for youngsters about children who have stopped being naughty, causing their parents to become concerned.

The 75-minute film was written and directed by Jan Jirka, and produced by Pavel Bercik, Ondrej Zima and Ludvik Bohodla for Evolution Films and the Czech TV. Its world premiere takes place on the opening day of the Zlin festival.