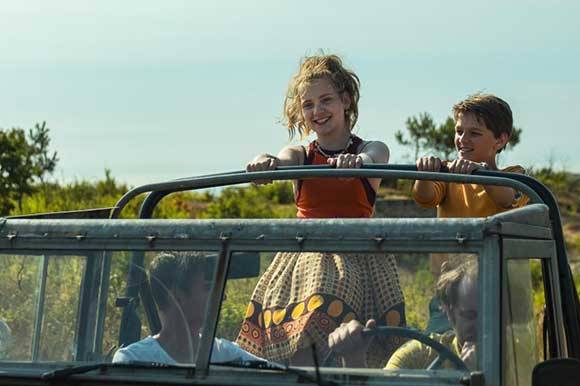 My Extraordinary Summer With Tess by Steven Wouterlood

ZLIN: The Dutch/German coproduction My Extraordinary Summer with Tess by Steven Wouterlood won the Best Children’s film award at the 59th Zlin International Film Festival for Children and Youth, which concluded on 1 June 2019. The award for Best Youth film went to the Canadian film Giant Little Ones directed by Keith Behrman.

The most successful film of the festival was the German feature Rocca Changes the World by Katja Benrath, which received the Audience Award, the children’s jury award and a special mention.

The festival attracted 2,600 accredited guests. Over 100,000 visitors participated in the festival programmes, which included a town square filled with entertainment that stretched into the evenings.

A major draw for industry professionals was the industry sections, which included a wide range of meetings and presentations, including conferences on education, greening the impact of the film industry, meetings of festivals, a pitching forum for film students and young professionals and a works-in-progress section.

A special award, The Golden Slipper for exceptional interpretation of songs in Czech films, was given to the iconic Czech singer, actor and artist Karel Gott.

During the opening ceremony Petr Koliha, the executive director of Czech TV’s children’s channel ČT :D and the former artistic director of the festival, received the Zlin Festival Grand Prix Award for long-term achievements in developing and presenting children and youth cinema.

This year's festival also introduced a new award in the European Debuts section, the Karel Zeman Award for Special Recognition for Best Visual Concept. It was won by the German film Cleo – If I Could Turn Back Time.

Joint International Jury of Children and Adults for Animated Films: