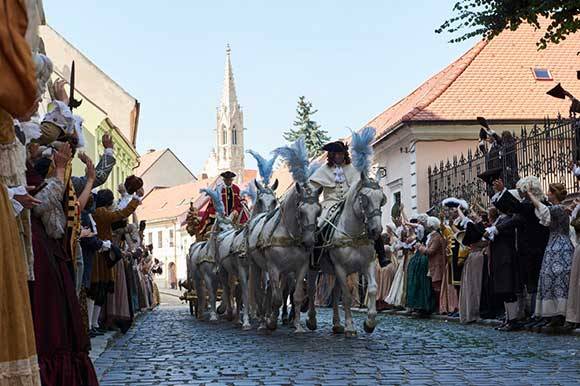 PRAGUE: Two new episodes of the successful international miniseries Maria Theresa II are currently shooting on Czech locations. The director Robert Dornhelm and his crew are also presenting the project at the Karlovy Vary IFF, which runs through 6 June 2019.

In the new parts returning to the period of 1741 - 1745, the empress finds herself in a difficult situation, not only politically but also personally, with her marriage going through a serious crisis. The story of the two new episodes ends with the coronation of Maria Theresa to the Czech throne. The main cast includes Stefanie Reinsperger, who replaced Marie-Luise Stockinger in the role of Maria Theresa, and Czech actor Vojtěch Kotek as Francis Stephen of Lorraine.

The first part of the miniseries is the biggest coproduction Czech Television has participated in to date. The theme and screenplay came from the Czech Television, and the film was produced under its production leadership. The Maria Theresa miniseries had more than two million viewers in the Czech Republic, while in Austria it became one of the five most successful ORF productions in the past seven years. The series was also sold to French Arte.

The first season of the series, in 2017, was one of the first international productions to benefit from Slovakia’s 20% film incentives programme, Martin Smatlak, director of the Slovak Audiovisual Fund, told FNE.