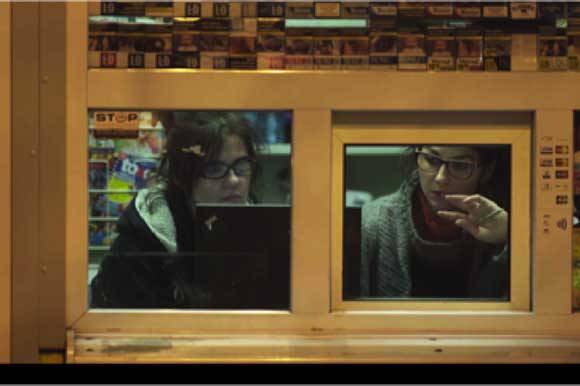 Staron-Film’s Malgorzata Staron, a 2019 Producer on the Move, is producing Women in Kiosk, the full-length documentary debut of director Daniel Stopa. The title directly conveys the content: a small kiosk where two women work, one of whom is making a new beginning in her life. The film was funded by the Polish Film Institute, is now in the editing process and will be ready for release in September 2020.

Hypermarket, which burst on the scene with a documentary that lured unsuspecting customers to a fake food store through a false advertising claim, is back with another cringe-inducing concept. Caught in the Net has three teenagers luring older men to their fake profiles, in order to make the point that teenagers are vulnerable to older predators. The documentary is co-directed by Barbora Chalupova and Vit Klusak, and will be released on 11 October 2019.

The Czech Republic was also represented by Martin Pav’s second documentary, currently using the working title Wolves on the Borders! The film looks at the controversy surrounding the re-introduction of wolves to a border area that grows sheep. The film, which is now in the editing process, is produced by Frame Films with Czech TV on board.

Documentary fans can also look forward to the upcoming film from Romanian documentary director/producer Alexander Nanau, which currently has only a working title. HBO Romania has joined the Romanian/Luxembourgian coproduction, and the film should be released in the fall.

Latvian producer Uldis Cekulis of VFS Films is coproducing Ivan’s Land, a Ukrainian/Latvian/German coproduction directed by Andrii Lysetskyi. The film is a portrait of a Ukrainian villager who is one of the great artists of a dying art form, and follows him on his voyage to a show of his work at an art gallery in Kyiv. The film is still seeking funding for post-production and should be completed in February 2020.