Premysl Martinek joined Artcam as managing director in February in order to merge his love for art house films with his distribution experience learned while working with regional giant Bontonfilm. 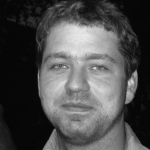 Founded in 1999 by French producer Joel Farges, Artcam Czech Republic (www.artcam.cz) grew out of the producer's cooperation in local films beginning with Mutin Sulik's Zahrada (1995). As its name suggests, Artcam's distribution arm was a logical extension of its vision.

"Artcam Czech Republic is aquiring films mostly from the art and independent scene, both American and European, and it concentrates on a flow of quality and new art films," says Martinek, outlining his philosophy for the company which he runs.

Educated at the Charles University Department of Film Studies, Martinek brings a wealth of experience in film distribution and knowledge of films. Along wih his years at Bontonfilm, he also has been programme director for the Prague based film festival Febiofest (www.febiofest). "Films are my passion and Im glad that at Artcam, I can further art, not only business. It's the most important thing for me," said Martinek.

"We want to offer to Czech film fans the most interesting and surprising film projects from worldwide production and show them the contrast between these movies and typical commercial mainstream mass production from Hollywood," says Martínek, whose dream is to cultivate Czech film scene and industry and offer the opportunities for young, progressive and provocative Czech and Slovak filmmakers.

"We choose our titles carefully, both Czech and foreign," Martinek says. Artcam aquires between six to eight film titles a year.

Artcam was awarded for the Best Foreign Film 2005 at the domestic film awards Czech Lion (www.ceskylev.cz) for Invasion of the Barbarians, the Oscar-winning movie by director Denys Arcand.

Among the upcoming titles of 2008 are also Slovakian documentary Blind Loves by director Juraj Lehotsky, this year's winner of the Cannes Palm dOr, The Class (Entre Les Murs) by Laurent Cantet and the Czech movie Sestra (The Sister), adaptation from a best selling novel. Artcam will distributes seven titles in 2008. Artcam has also launched a DVD label this year, with plans to release from eight to twelve titles per year.