ScripTeast 2013 at Cannes The Soldier Featured 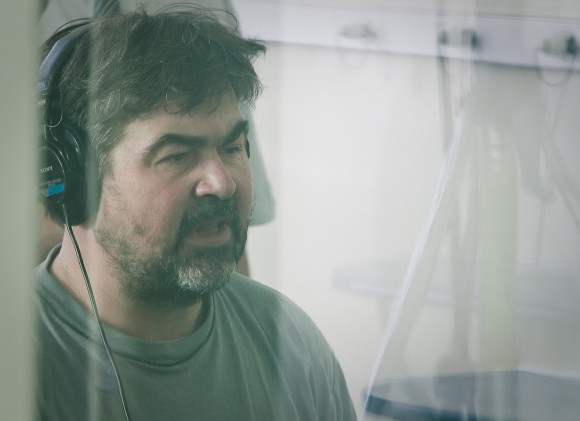 Estonian scriptwriter Mart Kivastik competes for the Krzysztof Kieslowski ScripTeast Award during the 2013 Cannes IFF with The Soldier, a WWII story about a minor KGB officer who, for the first time in his life, enjoys some power when he holds a general as a prisoner.

Soilder is based on the last years of the life of general Laidoner. The year 1940, Tallinn, Estonia occupied by the Soviet forces.

Vorobjov, a minor KGB official, is moping about in his office, all forgotten. No one needs him. He spends his days saluting to the bosses. One day, he is suddenly called out and given orders to help out in the interrogation of the imprisoned Estonian general. Vorobjov is half-Estonian and speaks Estonian. In addition, Vorobjov has battled together with the general years ago.

The imprisoned general does not recognise his war buddy. But Vorobjov remembers everything about the general. His battles, his sword and his white horse! To Vorobjov, the general personifies a dream version of himself. In the few days Vorobjov spends with the general, Vorobjov does all he can to become like the general and even if he cannot do that, he has the power to degrade the general into a nobody, just like Vorobjov is. This way, Vorobjov tries to win back his failed life. He would have wanted to be someone as well! Then, time runs out and war begins.

After the war, Vorobjov returns to the general, to a prison in Siberia. His chest is full of decorations, he is wearing glasses, he practically is the general, but is still not recognised! Nothing has changed. He is still the same Vorobjov whom no one needs. But the dying general remains a soldier even with his last breath.

Commentary about the script and program:

When I first saw a photo of General Laidoner, Commanderin Chief of the Estonian army, which was taken shortly before his death in prison in Siberia, I was really touched by it - or even hurt - how is it possilbble to destroy a man? How is it possible to turn a man into ruins? And why? And I wanted to to tell the Estonian kind of Katõn's story more widely in Europe. With film it is possible, like Andrzej Wajda did. The Estonian cause during the war and afterwards is often misunderstood. This is the political side. And the other side is a pure human story of how a little man destroys a great one, hoping to become somebody himself. A story about envy. ScriptTeast helped me hugely to develop and polish my script. I do want to thank all of the people who worked with me - Udayan, Christian, David and Tom, and all the Polish ScripTeast people.

Acknowledged Estonian writer, scriptwriter and film director. His first short story was published in the literary magazine Vikerkaar in July 1987. Since then Mart Kivastik has published stories and articles on literature, theatre and films in the magazines and in the newspapers.

Books published include: Tomorrow, Sparrow, Love stories, President's children, The Portrait of a Freezing Artist to name a few.

Film credits as a scriptwriter unclude full-lenght Firewate, Taarka and a number of short films. Mart Kivastik is also a playwright, whose plays have been stages all over Estonia and abroad.

His last feature A Friend of Mine was developed with ScripTeast and was a box office success in Estonia ant screened at numerous international film festivals.

Member of the Estonian Writers Society and FIPRESCI.