FNE at KVIFF East of the West 2013: The Arbiter Featured 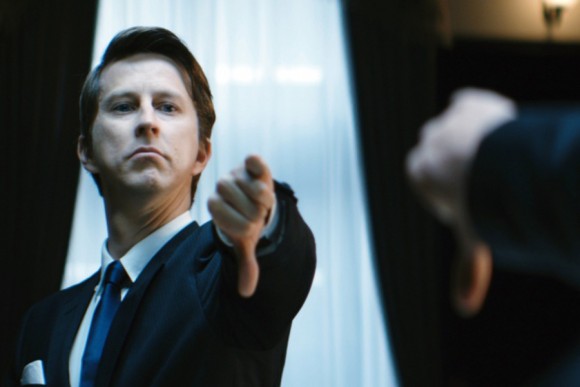 "The Arbiter" launched a funding debate in Estonia.

TALLINN: Kadri Kõusaar’s second film The Arbiter, making its international premiere in the East of the West competition at the Karlovy Vary IFF (www.kviff.com), is a morally challenging and difficult film that launched a funding debate in Estonia.

The Estonian Film Fund (www.efsa.ee) eventually awarded it a grant of 200,000 EUR, but not before serious discussions about supporting a film about an amoral nonentity who anoints himself the arbiter (in his own words) determining which people are a drain on society and should die. The film, which was shot in English, is amply helped by the performance of Lee Ingleby in the title role, convincing in his transformation from promising youth to psychotic murderer.

Kõusaar is a best-selling novelist in Estonia, as well as a director and screenwriter. Her debut film Magnus was selected for Un Certain Regard in Cannes.
The Arbiter is an Estonian/Swedish coproduction produced by Estonia’s Meteoriit Film and coproduced by Anagram Produktion and UK’s F&ME. The film was shot in 2012 in England. Swedish/Finnish sales company The Yellow Affair (www.theyellowaffair.com) is handling world sales.