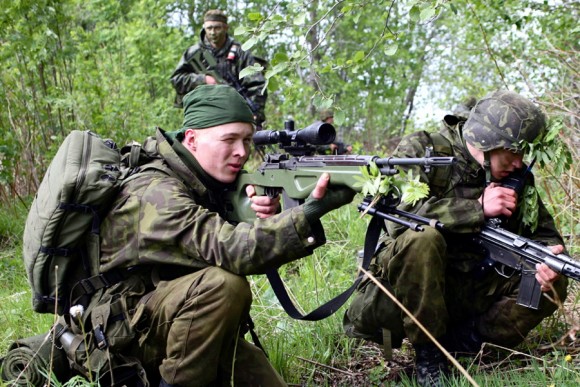 TALLINN: Blood Type, a documentary on the lives of Estonian soldiers serving in Afghanistan, will be marking the final phase of the Baltic country's decade-long commitment when it's released to local cinemas on 4 October.

The film paints "a sincere portrait of the high-stress work environment and life-threatening experiences of soldiers," according to the Estonian Public Broadcasting news site, which interviewed Katrin Maimik, a spokeswoman for the producers, Rūhm Pluss Null Studio. The film features "intimate confessions and the fate of man who lost his limbs and longs to return to the battlefield in spite of his physical disability."

Director Leeni Linna shot the project with support from the Estonian Film Institute and the Cultural Endowment as her final project for the Baltic Film and Media School.

The Estonian army has announced it will formally withdraw infantry from southern Afghanistan next April. Nine of the country's soldiers have died in the war and some 130 have been wounded.