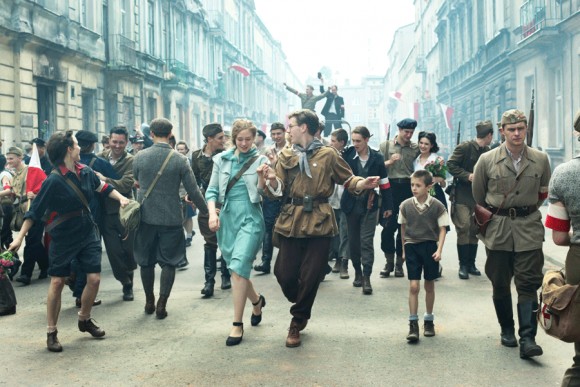 The 18th Black Nights Film Festival opens tonight in Tallinn with "Warsaw 44" by Jan Komasa with the introduction by the director Komasa, actor Józef Pawłowski and producer Jan Kwiencinski. The Bruno Oýa Award for the young Estonian actor will be presented at the red carpet opening ceremony in the Nordea Concert Hall.

The award has been an initiative by the Polish actor Daniel Olbrychski and is supported by the Polish insurance company PCU AMA with a grant for a young Estonian actor on the verge of international breakthrough. Bruno Oýa was an Estonian-Polish actor who reached international fame in 1967 with the film “Nobody Wanted to Die”. The foundation will work as part of the Black Nights and issue the award annually.
The winners of the competition “My Polish Film” will be announced at the ceremony. People were invited to submit their memories and experiences with the Polish film as texts or videos.
With the Polish focus Black Nights wishes to celebrate one of the most unique film cultures of Europe. The historic continuity, strong tradition of film education and dialogue of generations symbolize the strength of Polish film. 16 Polish films will be screened at the Black Nights.

The President of Estonia, Toomas Hendrik Ilves will speak at the opening ceremony as well as the Minister of Culture and Heritage of Poland, Prof. Malgorzata Omilanowska. Choreography of the ceremony is by Rene Köster, music by Sander Mölder, video art by VJ Emiko (Poland), dance performance by Twisted Dance Company.

The International Film Producers’ Association has designated Tallinn Black Nights Film Festival as a non-specialized competitive festival. Black Nights Film Festival is the 15th international film festival to be inducted to that category by FIAPF. The most influential film festival of the European North Eastern region takes place from 14th to 30th November.

Press info:
Maris Hellrand
This email address is being protected from spambots. You need JavaScript enabled to view it.
+37256201118