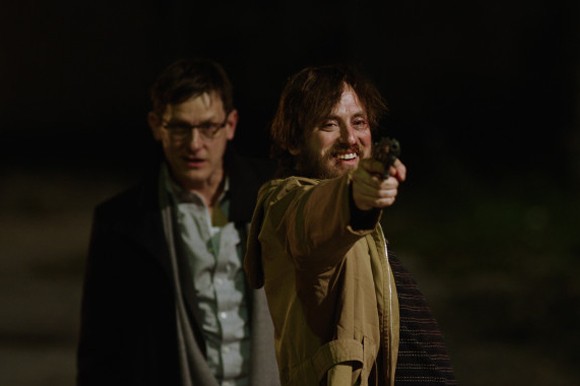 The Spy and the Poet by Toomas Hussar

TALLINN: Three Estonian films will have their domestic premieres in fall 2016. They include one Estonian/Polish/Dutch coproduction.

Toomas Hussar’s The Spy and the Poet is a detective story about an intelligence officer with a drinking problem, who falls in love with a gypsy woman, who turns out to be a double agent. The film, produced by Allfilm, will open on 22 September 2016.

On 12 October, Mart Kivastik’s Ready or Not, Happy You Are opens. The film, which is produced by Kopli Kinokompanii, is a story of two lonely people, who wake up one morning in the same bed, not knowing how they got there.

Third up is November directed by Rainer Sarnet, which opens on 4 November. The film is produced by Homeless Bob Production for Estonia, Opus Film for Poland and PRPL for The Netherlands. The film is based on a best-selling Estonian novel, which mixes pagan magic, black humour and romantic love.