FNE at Baltic Event 2016: The Eternal Road in Postproduction Featured 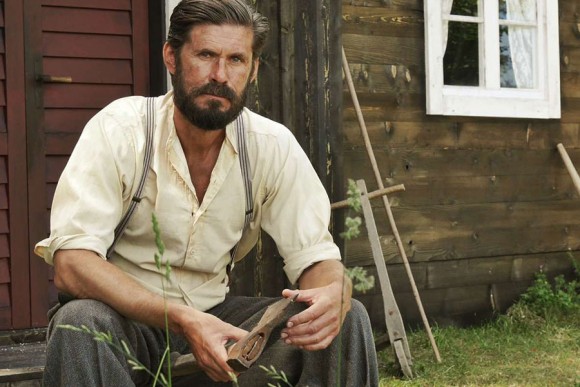 The Eternal Road by AJ Annila

TALLINN: The Finish/Estonian/Swedish coproduction The Eternal Road directed by AJ Annila and based on a bestselling novel by Antti Tuuri is in postproduction. The film was showcased at the 20th Black Nights Film Festival Baltic Event Works in Progress.

The Eternal Road is an epic story of one man’s struggle for survival. Jussi Ketola returns to Finland from the great depression that struck America only to be violently abducted by nationalists and forced to walk the Eternal Road to the Soviet Union.

The film is produced by MRP Matila Röhr Productions Oy in coproduction with Taska Film OÜ (Estonia) and Anagram (Sweden).

"The story from Antti Tuuri's novel was so inspiring that we had to bring it to the big screen with an international cast and crew. The total budget of the film was 2.9 m EUR and I am happy to say that it was one of the first productions that benefitted from the new tax incentive in Estonia," producer Ilkka Matila told FNE.

The Eternal Road is expected to be completed in September 2017.

MRP Matila Röhr Productions Oy
E-mail: This email address is being protected from spambots. You need JavaScript enabled to view it.
www.matilarohr.com

Taska Film OÜ
This email address is being protected from spambots. You need JavaScript enabled to view it.
https://taska.ee/