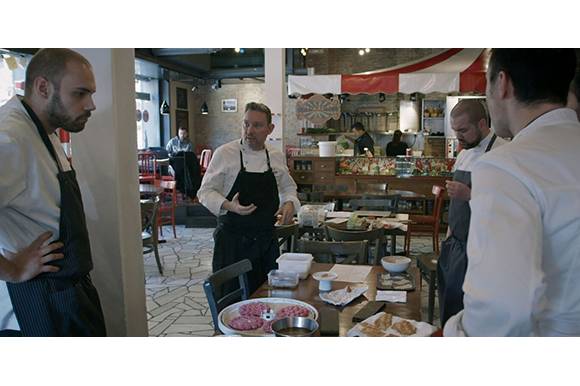 ESTONIA: The Spanish/Estonian coproduction Constructing Albert, directed by Laura Collado and Jim Loomis, is in the final stages of postproduction and preparing for its world premiere in the Culinary Zinema: Film and Gastronomy section of the 65th San Sebastian International Film Festival.

Spanish filmmakers Laura Collado and Jim Loomis from Trueday Films followed the "world's most underestimated chef" establishing his own gastronomy empire in Barcelona over the past five years. Albert Adrià has all the ingredients of a creative genius, but playing a key role in the creation of elBulli, the greatest restaurant in history, wasn't enough. Escaping the shadow of the now legendary elBulli, Albert is now seeking his own success.

The film is produced by Spain's Trueday Films in coproduction with Estonia's Alexandra Film, which contributed 13% to the 190,000 EUR budget by bringing 17,000 EUR from the Estonian Film Institute and 3,000 EUR from the Cultural Endowment of Estonia.

The film was already sold in North America to Juno Films. Wide House is handling the sales.

Alexandra Film
mailto: This email address is being protected from spambots. You need JavaScript enabled to view it.