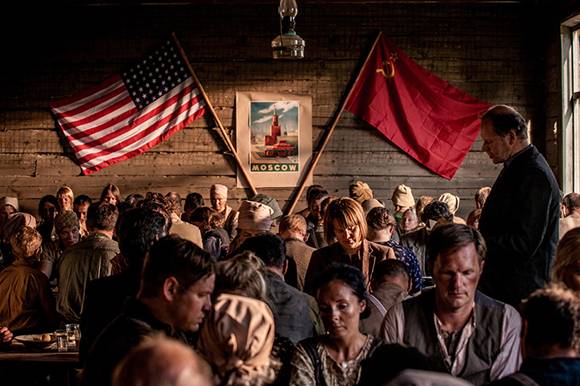 TALLINN: Estonia, together with Latvia and Finland, is currently analysing possibilities of offering a joint cash rebate for international projects. The path is also clear for Italian/Baltic coproductions.

Edith Sepp, the Director of the Estonian Film Institute, told FNE that the prospects for international coproductions are good. “Baltic states are rather active when it comes to co-developing a project in the region. However, when it comes to European countries by large, we seem to be less active. Therefore, the Baltic film institutions came up with the idea to boost the co-development – and hopefully, in the near future also coproduction – with Italy. It might be the beginning of some good films, in years to come”, Edith Sepp told FNE.

As it was announced during the at 22nd Black Nights Film Festival’s Baltic Event, the Estonian Film Institute, the National Film Centre of Latvia, the Lithuanian Film Centre and Direzione Generale Cinema (MiBAC) will give out a 30,000 EUR reward to a Baltic/Italian coproduction. The winner will be announced during When East Meets West (WEMW) in Trieste in 2019.

Closer collaboration between the Baltic countries started a few years ago in Trieste, during When East Meets West (WEMW). Due to the Baltic focus, 30 film professionals from Baltic countries gathered in Trieste in 2016. To continue this collaboration, a prize worth 3,000 EUR was given out in 2017. In 2019, the aim is to move further and develop projects which one day would lead to coproduction.

Estonia’s cash rebate programme was launched in 2016 and it has supported several projects since then, including the Finnish/Estonian/Swedish coproduction The Eternal Road (2017) directed by Antti-Jussi Annila and coproduced by MRP Matila Röhr Productions (Finland), Taska Film (Estonia), Anagram (Sweden) and Film i Väst (Sweden).