Katrin Rajasaare lists "myths and their deconstructions" as her hobby, so perhaps it's fitting that she directs Tallinnfilm, the former Soviet-era manopoly monolyth that de-mythified into Estonia's sole art-house distributor of any weight. 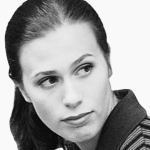 In the five years since Rajasaare joined the company, Tallinnfilm has morphed from an obsolete rights-holder of Soviet-era classics classics to a distributor, film promotor, exhibitor, and engine for regional film culture. This has not come without substantial assistance from public funds, but without loosing its fiercely artsy, European and cutting edge profile.

Tallinnfilm all but disappeared once its material assets were privatised in the early 90's, left with nothing but the rights to the 100-odd features produced during the years of Soviet occupation. Tallinnfilm was turned into a limited corporation and given national film agency, the Estonian Film Foundation, to manage.

The sudden turnaround came in 2004 when the closing of Soprus, the last remaining art house cinema in the capital city of Tallinn, sent shivers through the public and prodded the Estonian Film Foundation to take over the screen under the aegis of Tallinnfilm, with Rajasaare heading up operations. Stuck with a hall too big and a choice of films limited by the risk-averse local indie distributors, Tallinnfilm was driven to start up its own distribution business. Its declared agenda was to keep European and indie films on Estonian screens, and subsidies from the city, the Ministry of Culture, and two local film funds were there to help in the first years.

Today, Rajasaare still manages Soprus cinema, and Tallinnfilm has added a network of partner cinemas outside the capital. With a market shore of 2.6%, Tallinnfilm turned its first year of profit in 2007 and has set its sight on growing both in- and outside the country. Soprus cinema was chosen among the best cinemas of the Europe Cinemas network in 2004, and the company is planning to move to a new purpose-built two screen cinema with digital projection from September, 2009. The new premises will also include video rental, video booths and a film shop.

Tallinnfilm today distributes around 14-16 films a year, with its greatest hits including March of the Penguins, the Edith Piaf biopic La Vie en Rose, Volver, The Queen, and Broken Flowers. Its main partners include ACME, MK2, Maywin Media, Co-Production Office, Bavaria, NonStop Entertainment The company's long-term strategy also focuses on distribution outside of Tallinn, and with the rapid arrival of digital television, VoD.