NIKOZI: The third International Animation FF Nikozi in Georgia will start on 2 September and run for six days at the Archbishop's Palace in Nikozi. The young, yet extremely vibrant film festival is an initiative of the local art school and cultural center. The festival, based in a city wounded by history, is going through constant changes.

Preceded with workshops for the local children, the Nikozoi fest features panels, master classes, screenings of internationally acclaimed animation and fruitful partnerships. Film New Europe had the great pleasure of talking with Michał Bogucki – one of the fest's founders and its devoted organiser.

FNE: Let's start from the very beginning – you graduated from the Academy of Fine Arts then entered the Orthodox Church and became interested in Georgian art. When did cinema join in that circle of interests?

Michał Bogucki: The Orthodox faith appeared in my life much earlier and affects everything I have been doing since then. Jokingly speaking, let's say I believe that people have different souls – Catholics, Protestant or Orthodox. The last one feels comfortable surrounded by Sacrum and Arts only. Nothing else could serve as a real driving force in those souls' lives. Thanks to my parents, who were running an art gallery, the art bug bit me at a very young age. At my father’s exhibitions very different fields of art were merging. Today, I would say that artists who were coming there created sort of an ecumenical monastery of fine arts with my father as an archbishop. While studying at the Academy of Fine Arts I devoted myself to sculpture, painting and graphic arts, but without a doubt cinema was an exceptional art for me as well. It appeared in my adult life while I was working at the Instytut Adama Mickiewicza, where I met Andrzej Słowicki, who was engaged in the organization of first Batumi International Art House Film Festival in Georgia. Soon I became one of the festival’s long-term partners. 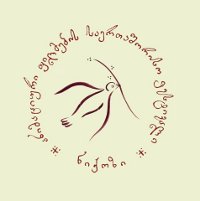 FNE: You are also one of the founders of the International Animation FF in Nikozi, Georgia. The Festival Nikozi completely excludes the concept of competition. It is also not important how long ago the film was produced. What is important then in terms of film selection?

MB: This festival has nothing in common with the one in Batumi. First of all, the Nikozi FF is co-organised with the local diocese. Secondly, a very important part of the festival’s audience is children from the art school and cultural centre of the village that was founded by the Polish Ministry of Foreign Affairs. The idea of the festival is the fruit of a three-person roundtable discussion – taking part were Nikozi’s bishop Isai, internationally acclaimed Georgian animator Gela Kandelaki and myself. I opted for competition but Kandelaki was against it. Our festival has just stated so it is way too early to make films compete with each other. Yet I believe that the festival will develop at such a rate that a competition will become its most significant part. Until then we’ll be trying to show our local audience the most important animation from all over the world. We screen lots of Polish and Russian animation every year; We show films that have been selected for the Oscar race. Nonetheless, because the festival is close to the Orthodox Church, Gela Kandelaki, who serves as the main programmer, prefers to show films that are spiritual in some sense.

FNE: The festival is evolving all the time, which makes it a highly fascinating to watch. What kinds of guests are visiting Nikozi during the festival?

MB: The festival is co-operating with the Polish Se-Ma-For Animation Studio and its chairman, Zbigniew Żmudzki, visits Nikozi almost every year. He’ll be in Georgia for sure during this edition of the festival. This year a few interesting Americans are expected. Last year we had forty of them! They all came to Georgia from an Alaskan art school founded by a 100 percent Italian Orthodox priest. He assembles around three hundred students from various environments and teaches them the basis of sculpture, film and theatre. Nikozi’s bishop met him while visiting United States and later a group of young artists from Alaska came to Georgia. Firstly they asked if five people could come for a couple of days; later on ten artists would like to come for a week; finally 40 of them were staying in Nikozi for a whole month. They shared their animation and documentaries with us; they were dancing and singing in every single language of the world, which turned last years’ festival into an unforgettable experience. I feel that Nikozi attracts interesting people.

FNE: To what extend can the Nikozi Festival change the local audience and their attitude to arts, culture and cinematic experience?

MB: Well, Nikozi is a place where three types of audiences merge. Every year we have about 50-70 festival guests from all over the world, secondary school children from the village and cineastes from Tbilisi whose travel expenses are cover by the Georgian Ministry of Culture. Unfortunately the number of guests is limited by the poorly developed tourism industry. Screenings take place in a great 200-person hall inside the 10th-century Archbishop’ Palace. On the second level of the building we have a film editing studio, which is equipped both in traditional (illuminated animation tables) and modern (computers) devices. The studio was fully founded by Poland's Ministry of Foreign Affairs in 2009.

FNE: Small festivals are generally highly organized. What kind of challenges do you still need to face before you establish your position on the international fest market?

MB: The Nikozi FF has recently concluded partnership agreements with animation film fests in different countries (Germany, USA and Bulgaria). Right now we are looking for films worthy of screening and we got them mostly thanks to our partners, but I am sure that in two or three years filmmakers will start submitting their works directly to the Nikozi fest and we’ll be forced to make a selection. We screen films in the mornings; later during the day Nikozi offers panels and master classes focused on animation techniques, ideas and future developments. The Patriarchate, the Georgian National Film Center (www.gnfc.ge) and Ministry of Culture and Monument Protection of Georgia financially support the festival. Most of our guests cover their travel and accommodation expenses thanks to their local institutes. For the first two years the Polish Film Institute sponsored the festival.