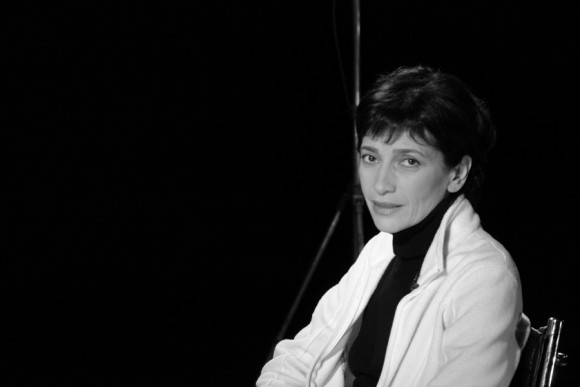 FNE spoke to Nana Janelidze, appointed to run the Georgian National Film Center in March 2013, about her goals for restoring cinemas and moving ahead with the development of Georgian cinema.

How would you describe the situation of the Georgian cinema the moment you took over the GNFC?

In my opinion, Georgian cinema is in the stage of rapid development. The year 2013 has been successful for Georgian films: two Georgian feature films – In Bloom by Nana Ekvtimishvili and Simon Gross and The Fold in My Blanket by Zaza Rusadze were presented at the Berlinale. Zaza Rusadze’s film opened the Panorama section, and Nana Ekvtimishvili’s and Simon Gross’ In Bloom was awarded the C.I.C.A.E. Prize. In addition, a documentary by Tinatin Gurchiani won a prize at the Sundance festival.

Thus, new names are appearing in Georgian films. Georgian cinema slowly but consistently is regaining its position within the European film scene. Now it needs special care and attention. This process should not be hampered. Annual state financing, European film training and the principles of competition have brought favourable results. The world has started to speak about the new wave of Georgian cinema.

What are your goals and your strategy?

We should continue European training workshops (like EAVE and MAIA), and they should cover not only feature films but also documentaries and animation. Our documentary and animation films have a longstanding tradition. However, the crisis of the past 25 years has led to severe results. Animation has almost ceased to exist, although the situation in the documentary field is better. Numerous interesting films have been dedicated to various topics, but the audience has not seen them yet. We are planning to organize a panorama of the latest documentary films called New Times in order to screen recent productions.

Georgia used to be a country of avid film audiences. There were 120 movie theatres in the country. Even in small villages people had the opportunity to watch films on screen. From dawn till dusk, movie theatres were crowded. People used to watch their favourite films five or six times.

Currently there are only three movie theatres with seven screens in the entire country. The theatres are private, therefore tickets are expensive and the population cannot afford frequent visits to the cinema. For this reason, we have lost the culture of cinema-going. Thus, it is our urgent task to restore municipal movie theatres.

What are the things that need to be done on short term?

One of the major problems is that children in Georgian regions have never seen films on a theatre screen. They watch films on TV or on the internet and are unaware of the pleasure of watching films on screen. Therefore, we are launching a project Cinema at School which will enable children to watch classical or contemporary Georgian films on screen. The screenings may be followed by discussions of films. Film historians will moderate these discussions. In our opinion, this project will serve the noble aim of returning audiences to films and films to the audience.

Are international coproductions important for you?

Although this year our budget is the same as last year, we plan to increase the financing of coproductions. I want to underline its importance. For us, coproduction is the only realistic way to reach millions of spectators. Besides, coproduction will help us join the huge European and universal film family. It is as important as metabolism. Joint financing means that we open our borders and are ready to accept other cultures and are open to share our ideas and problems with others. This process leads to the formation of a unified society consisting of a polyphony of cultures.

Georgian cinema is on the upswing. What are your expectations for the next three of four years?

The main thing is not to hamper the process which is currently underway in Georgian filmmaking. We should discover and support new talents. At the same time, we should keep in mind that we have a generation that has brought glory and fame to Georgian cinema, and representatives of this generation are still able to make interesting films and contribute brilliant stories and ideas to the world of cinema.