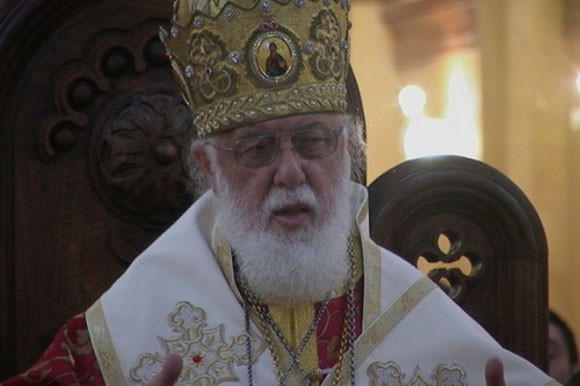 JIHLAVA: The Georgian UK doc coproduction The Patriarch takes an intimate look at one of the last living leaders who appeared as opponent of Soviet oppression and went on to lead their countries through the difficult period of transition to democracy.

The doc makers managed to nab exclusive interviews and rare archival footage of their subject.

Less well known than Vaclav Havel or Lech Walesa the Georgian Patriarch Ilya II is nonetheless just as influential in Georgia and on the international scene. Today Ilya II wields more influence in Georgia than any other man. For most Georgians he embodies Georgia’s cultural identity - both secular and religious.

As the Orthodox world’s longest serving leader for over 40 years he also wields influence internationally as a religious leader. He is also an artist, a respected social thinker and a music composer. He is also the founder of the famous Patriarch Choir of Georgian music that sings all over the world.

The film which is being screened in rough cut online as part of the East Silver Market is a UK Georgian coproduction with the Tbilisi’s Patriarch TV which has given the film’s director Benjamin Rahr access to rare archival footage including Ilya II’s actively standing up to Soviet tanks and his role as a mediator during the recent Georgian Russian war.

Rahr has just returned from Georgia where he gained exclusive access to Ilya II for a series of revealing interviews which he says he is now in the process of adding to the film. The film is Rahr’s directorial debut as a doc maker. Previously Rahr headed Bloomberg TV’s German service for many years and covered the transition from communism to democracy throughout the region as a journalist.

The filmmakers are looking for a world sales agent or a broadcaster in Jihlava for the film which is still in post-production.