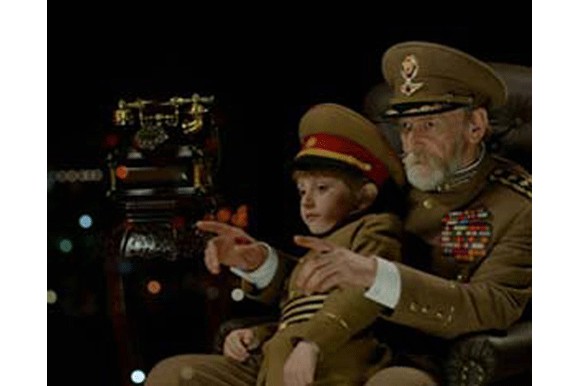 TBILISI: The 15th Tbilisi International Film Festival will open on 1 December 2014 with The President shot in Georgia by Mohsen Makhmalbaf, who will present the film.

The international competition includes two Georgian films. Salome Alexi will present her French-German-Georgian coproduction Line of Credit (3003 Film Production) and Lasha Tskvitinidze, the youngest participant in competition, will present his debut I’m Beso was already highlighted at various International film festivals. The French director of Georgian origins Marie Amashoukeli will visit Tbilisi with her film Party Girl. The Grand Prize winner of Cannes critic’s week of 2014, the Ukrainian debut The Tribe is among the participants as well.

Other festival sections include the Forum of European Cinema, Horizons, World in Docs, a Benelux focus, Made in Germany, a social issues section Green is the Colour, a short film section, a focus on Serbian filmmaker Goran Paskaljević and a Georgian Panorama.

The 2013 festival started with a demonstration to save a historical cinema, and it will again be an important issue. The National Georgian Archives will present a special section which will screen film classics about social uprisings.

The main industrial event of the year will be “Tbilisi Industry Days” a three day working sessions on coproduction, filming in Georgia and Film insurance. A conference on the development of Municipal cinemas in regions will be held as well. Young professionals will have a chance to participate in pitching trainings and present their film projects for further funding. The Georgian Film development Fund will grant a monetary prize to the best project. A series of Master classes will be held from 1 to 7 December.

CAUCADOC, a project to support documentary production in the southern Caucasus, will organize special events within the frames of Tbilisi International Film Festival with pitching training and prizes.

The film compilation of seven Georgian directors called Tbilisi, I Love You will be included in special screenings as well. The work features Malcolm McDowell, Ron Perlman, George Finn, Giorgi Kipshidze, Ia Sukhitashvili and Tinatin Dalakishvili. Tbilisi, I Love You is a part of Emmanuel Benbihy’s Cities of Love franchise.

The festival will close with Uberto Pasolini’s Still Life. The director will be present at the screening and meet the Georgian Audience. Still Life received more than 20 prizes at various international film festivals, including Venice (Best Film and Best Director at Horizons) and Reykjavik (Best Film, FIPRESCI prize).