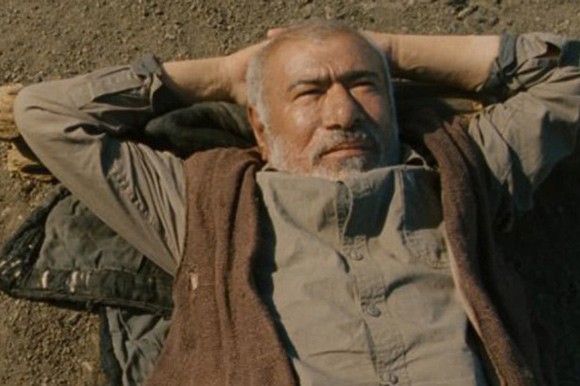 KARLOVY VARY: George Ovashvili's astonishing psychological drama is one of the three case studies presented at the FNE Coproduction Event on Wednesday 8 July in Karlovy Vary.

The story is set at the natural border of the Georgian-Abkhazian conflict, Enguri River, where the spring inundation creates a small island in the middle of the river. Here an old peasant cultivates corn. Later a Georgian border policeman steps on the island and changes the seemingly ideal life of the old peasant and his 16-year old granddaughter.

Simindis Kundzuli / Corn Island is produced by Nino Devdariani through the Georgian company This email address is being protected from spambots. You need JavaScript enabled to view it. in coproduction with Guillaume De Seille through the French company Arizona Productions, Eike Goreczka through the German company 42film, Karla Stojakova through Axman Production (axmanproduction.com) from  Czech Republic and Sain Gabdulin through the company Kazakhfilm from Kazakhstan, in association with Hungary's Focus Fox.

The film was shot throughout 70 days in April-May 2013 and September-November 2013. The script was written by Nugzar Shataidze, George Ovashvili and Roelof Jan Minneboo. The Hungarian Elemer Ragalyi is the DoP. The film stars Ilyas Salman (Turkey) and Mariam Buturishvili (Georgia). Corn Island had the world premiere at Karlovy Vary IFF where it won the Crystal Globe and the Ecumenical Jury Prize, and it was awarded and invited in many festivals since then.