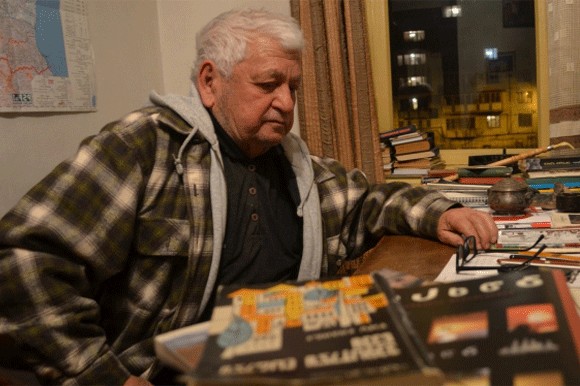 TBILISI: Acclaimed Georgian writer and screenwriter Revaz (Rezo) Cheishvili passed away at 82. He wrote the script of Eldar Shengelaia's famous Blue Mountains, or Unbelievable Story (1983, Kartuli Pilmi), an adaptation of his own story.

Blue Mountains, or Unbelievable Story/Tsisferi Mtebi, which was released domestically in 1985, brought success to Rezo Cheishvili, who soon after became a laureate of the Rustaveli Award. Rezo Cheishvili was elected Secretary of the Georgian Writers’ Union in 1992. From 1992 to 1995 he was an elected MP in the third Parliament of Georgia.

From 2000, he served as Chairman of the Literature Foundation of Georgian Writers. The Ministry of Culture and Monument Protection of Georgia has expressed its deep condolences over his passing.