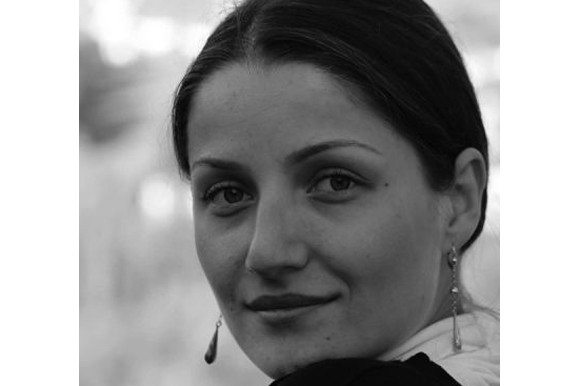 TBILISI: Nino Devdariani, European Film Promotion’s Producer on the Move from Georgia, was encouraged by her husband, filmmaker George Ovashvili, to get involved in the film business. The former ballerina started as his assistant and the couple co-founded the production company Alamdary Film in 2010. She is currently producing Ovashvili’s feature films but would like to work with other directors as well.

Her résumé includes Ovashvili's Corn Island, a coproduction between Georgia, Germany, France, Czech Republic and Kazahstan produced by Alamdary Films and coproduced by 42film, Arizona Productions, Axman Production and Kazakhfilm. She is coproducing Ovashvili's third feature Khibula, a Georgian/German/French coproduction which is currently shooting, and she is also developing the screenplay for his next project, The Pass /Ugheltekhili, an international coproduction between Georgia, Germany, France, Czech Republic, Kazakhstan and Spain.

“My husband George Ovashvili pushed me to get involved in film industry. As a result, I became his assistant while he was working on his short and TV films. This was the starting point of a journey in the absorbing world of cinema,” Devdariani told FNE. “George Ovashvili‘s The Other Bank / Gaghma Napiri (2009) was the first feature film I worked on as financial manager, and it turned out to be very successful. Soon after this we founded our own company LLC Alamdary Films. I became its CEO and have since produced George's Corn Island / Simindis Kundzuli. The film premiered at the 2014 Karlovy Vary International Film Festival and won the Crystal Globe. It was Georgia’s official submission to the Best Foreign Language Film Category of the 87th Academy Awards in 2015 and it was also shortlisted. With Corn Island my successful career as a producer started and it continues still.”

Devdariani admits that her source of inspiration is not her husband, but the audience. She says she would like to continue producing art house films. “In the future I would love to strengthen my company and to produce more movies together with different directors. That is why I see Producers on the Move as a wonderful platform that will give me an opportunity to find suitable contacts for my projects, meet other producers, promote my works and learn much more through sharing knowledge,” she says.