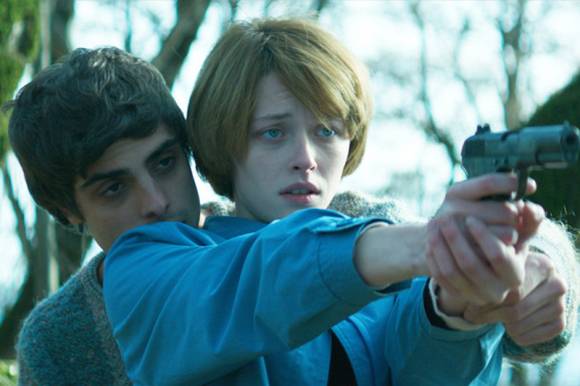 TBILISI: Russian/Georgian/Polish coproduction Hostages will start its international theatrical distribution in France, when it will be released on 2 August 2017. The third feature by the Georgian director Rezo Gigineishvili premiered in the 2017 Berlinale's Panorama section.

Representatives of the London-based sales agent Westend Films Ltd. told FNE that the film will be released in France by Kinovista.

Hostages follows a couple of newly-wed Soviet citizens hijacking an airplane from Tbilisi to Batumi and forcing it to land in Turkey, as they plan to escape the Soviet Union in 1983. But as the plane leaves the ground and the pressure quickly rises, nothing goes as planned for these amateur would-be hijackers.