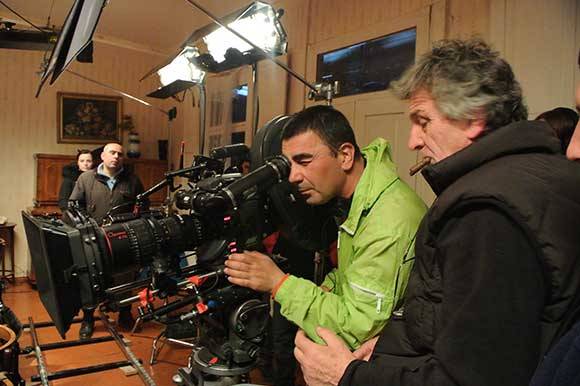 Both films are produced by Georgia’s Wagonnet films and for both of them Ovashvili is working on the script with Dutch screenwriter Roelof Jan Minneboo, with whom he worked on Corn Island (2014) and Khibula (2017).

Beautiful Elene is a low budget drama about a young Georgian woman, who returns to her country after five years of studying in New York. She tries to find not just her own place in the society, but also to find herself.

The budget of 150,000 EUR will hopefully be partially covered by a grant from the Adjara Regional Fund. Shooting will take place in Georgia in the summer of 2019.

The Moon Is a Father of Mine is set in 1991, shortly after Georgia announced its independence. A general amnesty is announced and an ex forest guard is released after spending 10 years in prison for killing a villager poacher. He tries to reconnect with his 12-years-old son by taking him hunting.

“I have always wanted to talk about the relations between fathers and children, to look into this phenomenon that is often called an invisible connection between people. What is this connection and why is it often so deep and so solid? We are born with this irrational, unconscious connection and in a way it determines our entire life”, George Ovashvili said in a statement.

The film will be a Georgian/French/Hungarian/German coproduction between Wagonnet films (where Ovashvili is co-founder), Arizona Productions, Focus Fox and 42Film. The international crew will include traditional collaborators of George Ovashvili, such as the Hungarian DoP Elemér Ragályi, the Souh Korean editor Sun-min Kim, the German/Mongolian art director Agi Ariunsaichan Dawaachu and the Israeli composer Iosif Bardanashvili.

The project has an estimated budget of 1 m EUR and it has already applied for a production grant to the Georgian National Film Center, representatives of Wagonnet films told FNE.

Producer:
Wagonnet films (Georgia)
This email address is being protected from spambots. You need JavaScript enabled to view it.

The Moon Is a Father of Mine