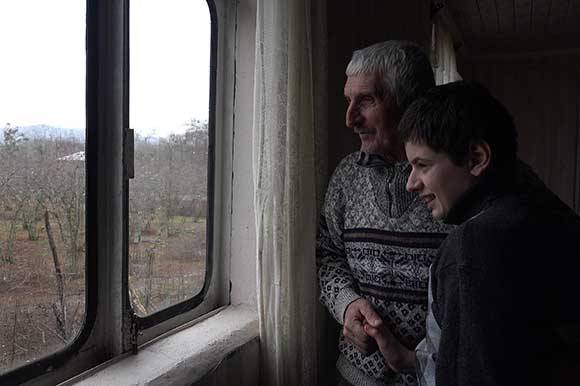 TBILISI: Georgian director Giorgi Mrevlishvili has begun postproduction on Twelve Lessons, a feature length documentary that he's filming in Georgia. He has previously made My Wonderful Mother produced by Jeremy Gaskill.

Twelve Lessons tells the story of a grandfather who works to teach his grandson with autism spectrum disorder independent living skills while also struggling against an impending pest invasion, which threatens to destroy the village’s harvest.

Valerian Kotrikadze and his grandson Vako live in the rural village of Buknari, about 300 km away from the capital city. Valerian is a former soldier with a strong sense of organisation and discipline. The grandfather wants Vako to become an independent person and works tirelessly with him to help him learn a craft and to become a full member of a society.

‘Discovering the abstract nature of reality is an invitation to understand and experience the unfolding events from a very distinct point of view. In order to follow this artistic exploration it is necessary to apply experimental techniques. I envision the audio-visual aesthetics of each episode as unique with all its formal elements. This film is a poetic document about a relationship between a grandfather and grandson,’ Mrevlishvili told FNE.

‘I was immediately intrigued by Valeri the first time I met him. He's a fighter and he lives life with a fierceness and eagerness that's rare… Valeri's story is the human story one of an exceptionally strong individual who's been placed into tragic and difficult circumstances and rather than surrender, decides to fight. It's a story that deserves to be told,’ Gaskill told FNE.

The production started in 2018, in Chokhatauri (Buknari village). It is expected to be completed in the summer of 2019. The premiere is planned for 2019, with the exact date to be announced. 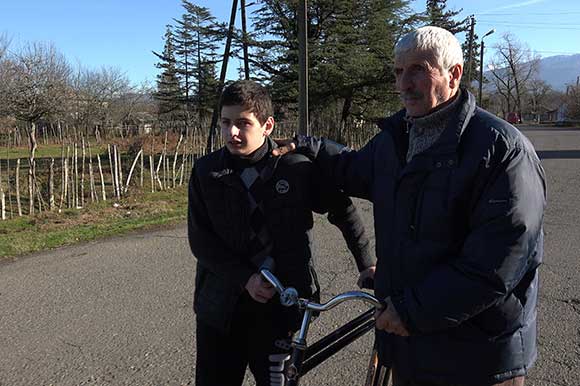 Jeremy Gaskill
This email address is being protected from spambots. You need JavaScript enabled to view it.