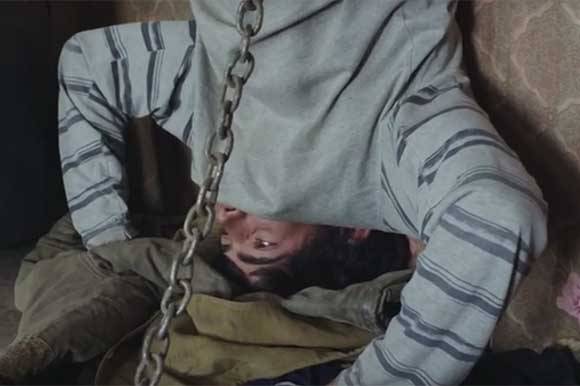 The Pig by Giga Liklikadze

TBILISI: Giga Liklikadze’s low-budget debut feature film Pig will have its world premiere in the main competition of FilmFestival Cottbus, which runs 5 – 10 November 2019.

Pig is a story of Bachana, a young man who, after being rejected from mandatory military service, misses his bus home and becomes lost in a field. Being very hungry, he starts eating blackberries in the bushes and follows a path which leads him to his kidnappers. The kidnappers demand 300 GEL (100 EUR). Having no money Bachana’s family hope to exchange him for a pig. After three days of staying with his kidnappers, Bachana no longer wants to go home.

The main characters are played by Makho Khutsishvili, Temo Goginava and Nika Gozalovi.

Principal photography took place in the village of Kvemo Khandaki (Kaspi) in October 2017.

“Even though the main activity of Sarke Studio is to attract and provide full-scale production services to foreign film projects, we are always open to the opportunity of supporting young and talented Georgian filmmakers. It is important for us to encourage creative young people in the industry, since we believe that the new wave of gifted filmmakers positively reflects on the development of Georgian film industry,” Mezvrishvili told FNE.