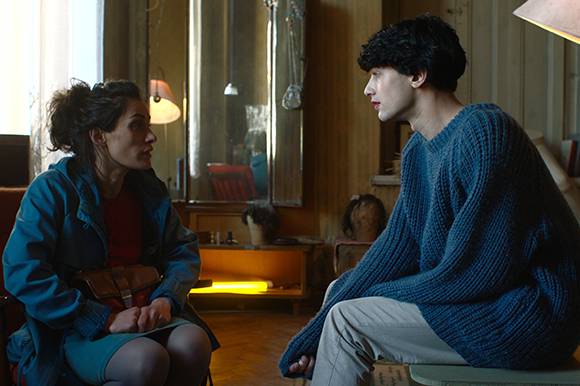 TBILISI: The acclaimed Georgian-born Berlin-based director Dito Tsintsadze's Inhale-Exhale aka 43 will screen in the Georgian Panorama section of the Tbilisi IFF, which opens on 1 December 2019. The film is a Georgian/Russian coproduction shot in Georgia with Rusudan Glurjidze producing.

The story written by Nestan (Nene) Kvinikadze follows 37-year-old Irina, a doctor who returns home after serving a long sentence in prison. In order to start a new life and return to the society, Irina has to earn the trust of the people close to her.

Rusudan Glurjidze is producing through Georgia’s Cinetech Film Production in coproduction with Nadezjda Gorshkova through Russia’s Viva Films. The budget is 789,518 EUR, Glurjidze told FNE. The film was supported by the Georgian National Film Center and Eurimages. The project was awarded the Works in Progress Awards - Baltic View Award – at 2017 Industry@Tallinn & Baltic Event.

Shooting took place in the city of Chiatura, in Western Georgia, in autumn-winter of 2017.

The film’s star Salome Demuria picked up the award for best actress at the Minsk IFF and the Shanghai IFF, where the film had its premiere in June 2019.

Cinetech Film Production
This email address is being protected from spambots. You need JavaScript enabled to view it.